Raptor: A Journey Through Birds

Marketed as a "stunning debut", Raptor is a hymn to these magnificent birds and James Macdonald Lockhart explores all fifteen breeding birds of prey in the British Isles- from the hen harrier swimming over the land in the dregs of a May gale on Orkney, to the ghostly sparrowhawk displaying in the fields around his home in Warwickshire. Our Science selector says it probably won't take off like "H is for hawk" but that it does look really interesting. 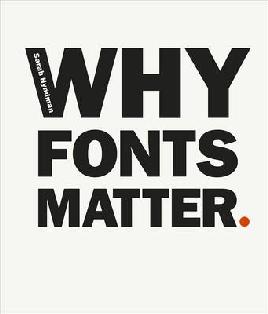 Why Fonts matter by Sarah Hyndman

It was a surprise to me, as I have previously shown no interest in why fonts matter at all!

Why do some types feel playful, or expensive or even make words look happy or sad? But best of all what does your favourite font reveal about your personality and can this be used in the dating game?

The Kennedys still manage to fascinate, and having done the men of the family to death, publishing is now starting to focus on the women.

Rosemary Kennedy was the eldest sister and was born with learning disabilities - a secret fiercely guarded by her family. After a frontal lobotomy authorised by her father Joe Kennedy, Rose was left permanently disabled and hidden from the world and her family.

Kathleen in comparison was similar in temperament to her brother Jack — charming, energetic and socially adept. Her bright personality attracted attention in London when she arrived with her father, the American ambassador. She defied her mother, marrying a Protestant Englishman, something Rose Kennedy never forgave her for.