WORD Christchurch's 2021 festival has been postponed until later in the year due to Covid-19 restrictions. Dates and times mentioned in this post are no longer current.

"...you want to put your main characters into a vice and squeeze until they can’t take it any more, then keep squeezing."

Recently I managed to touch base with the very busy (and very witty) Paul Cleave, the shining star of Christchurch crime writing.
The Quiet People

The author of twelve novels, he released his latest thriller The Quiet People this year, and will be appearing in How to Write a Killer Plot at WORD Christchurch Festival 2021.

Kia ora Paul, congratulations on the release of The Quiet People. It’s a riveting read and kept me guessing although I thought I had it all worked out.
Can you tell me how you got into writing?

It was just something I always wanted to do, ever since I was a kid. I remember writing a short story when I was fifteen, about Santa becoming a heroin addict, and grinding up all the elves into a machine to turn them into presents. My English teacher back then said ‘there is a time and a place for Paul’s writing, and it isn’t now or here.’ I guess she was right.

When I was nineteen, I was asked, if I could do anything, what would it be? I said I’d be a writer. They said, ‘So why don’t you do it?’. It’s weird, but back then idea of being a writer was the same as the idea of wanting to be Batman. It just wasn’t something you could really do. Especially since I had failed high school English. But I thought, hey, why don’t I try? And so I did, and I’ve never looked back.

We’re celebrating Dame Ngaio Marsh’s work with an exhibition in August 2022 at Christchurch City Libraries. As a three-time winner of the Ngaio Marsh Award for Crime Fiction, which writers were your early influences, and how much of an influence have other crime writers have had on your work?

Stephen King was the first influence. I read that guy pretty exclusively through my late teens into my early twenties. Then Dean Koontz. That was back when I wanted to write horror. Then I started reading the books by John Douglas, the FBI profiler (think Mindhunter on Netflix), which made me want to write crime. Then I got hooked on Michael Connelly, John Connolly, and Jeffrey Deaver. This is like – around twenty years ago. Then more recently Fiona Cummins and Michael Robotham and Belinda Bauer and Gilly Macmillan… the list goes on.

What was interesting is I only read Raymond Chandler for the first time a few years ago, and I was blown away by the guy – and you can see how the authors that have inspired me over the years were also inspired by Chandler.

Your last book, Whatever it Takes, was set in the United States. Can you tell me why you set the last one in the U.S. and why The Quiet People marks a return to Christchurch?

Whatever it Takes wasn’t going to work in NZ. I needed an isolated town, with an isolated police force. If the events were to take place here in NZ, Chapter One - the main character would ring the next police station down the road, or in the next town, and the story would be over. I thought on this for a year during and after the book was written, if there was a way to set it in NZ, but it just couldn’t be. In saying that, I liked Acacia Pines – the town I created for it - and will go back there with other books.

It was cool coming back to Christchurch for The Quiet People. The city lends itself to that novel – and it fits in well with the universe I’ve created here. Plus I could bring back some of the other characters from previous books.

Abduction seems to be a common theme in your books. What inspired you to write The Quiet People, and can you say why abduction is such a theme in your writing?

Is it? I hadn’t really thought about it, to be honest. I guess when it comes to crime novels, there are only so many set ups, and abduction is one of the best.

It gets the clock ticking, and you want to put your main characters into a vice and squeeze until they can’t take it any more, then keep squeezing.

You have to do this if you want them to make decisions nobody would ordinarily make. I mean – having them hang about at home next to the phone isn’t much of a book.

As for The Quiet People, it came about when I noticed how sometimes folks judge authors on what they write. Like – ‘that guy must be sick in the head if he wrote that’. So what would happen to a crime writing husband and wife team who were ‘sick in the head’ because of what they wrote, if their child went missing? Would they be judged on their books? Would they be judged because on stage they’ve joked how if anybody can get away with a crime, it would be a crime writer? That’s the set up for The Quiet People.

Here in Christchurch we’re proud to call you a local. A lot of people moved away after the earthquakes. Have you ever lived away from Christchurch?

Haha, really? Did my Dad say that?

Yeah, I have lived away from Christchurch. I spent a few years based in London, which gave me great access to meeting and hanging out with my foreign publishers in Europe. They were good days, because I got to do a lot of festivals since my travel time to get between countries was cut down from thirty five hours down to two. That was ten years ago – and I still spend (or did, until Covid) around two to three months a year travelling.

There are local landmarks mentioned in The Quiet People. Which church (and churchyard) do you refer to?

It isn’t one, not really, but it’s loosely based on one where I’ve seen a few family members buried (after they died...).

Is your description of the Police Station the new, or old one?

It’s old. The books don’t work in real time like, say, Michael Connelly’s books do, where he ages them and his characters out. I always wanted each book to feel like it’s set now – which is why there are no references to current politics / pop culture etc. My characters don’t really age that much – the events of one book tend to take place months from the previous one. All the books share a similar timeline, so I couldn’t put earthquake into it, or a new police station, because the timing wouldn’t work.

You mention the (S)laughterhouse again in this book. Does it still exist?

In real life? No. In future books? I’m not sure. It was cool coming back to it again – but I think it’s unlikely to show up again in the future… unless I have somebody burn it down.

Cameron Murdoch is a well-developed character. I both sympathised with and doubted him at the same time. Detective Rebecca Kent is also well fleshed out and gained my empathy. Do you ever develop and repeat characters in your stories?

Kent was one of those characters that started out pretty small in the beginning – but, over time, as I grew to like her, I started to develop her. This was her first time as a lead – but not her last. She’s kind of a replacement for a previous character who didn’t make it out of the previous books alive.

I generally try to bring other characters into the books from previous novels and to remind readers about them – even if only by name. It’s fun to have them back, and to develop them a little. And I like to think readers enjoying seeing them again – albeit often briefly.

You pose a thought-provoking question with this book - are crime writers capable of committing the atrocities they come up with for entertainment? Do you think this is a real possibility?

Depends on the crime writer…

Lastly, what are you working on at the moment?

Normally, (in July), my answer would be ‘my tan’, because this time of the year I’m never here. But since I am here, I’m working on the next book – all things going well, there is always a next book.

Paul Cleave will be appearing with Jacqueline Bublitz, author of the very popular debut novel Before You Knew My Name, and journalist Jo Malcolm.
Book your tickets now. 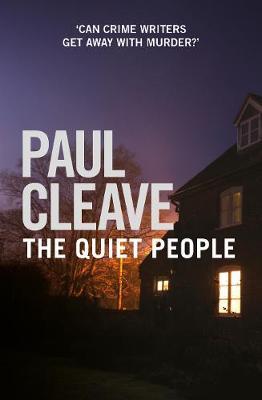 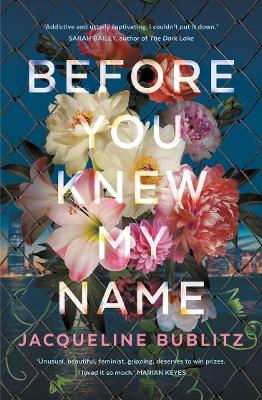