I never met Gita. It was her death and Lale's need to join her that push him to tell his story. He wanted it to be recorded so, in his words, 'It would never happen again.'

This is an abstract from Heather Morris' note in her book The Tattooist of Auschwitz. Heather joined Christchurch readers at The Faraway Near on Saturday 3 September. She shared her novels telling holocaust survivors' stories.

Heather Morris is a New Zealand-born and Australia-dwelled international bestselling screenwriter and author. Heather's interest in writing stories came from raising her children who enjoyed listening to tales and going to movies. Heather's journey to becoming a screenwriter started with her work in the Social Work Department at Monash Medical Centre in Melbourne. As a counselor at a medical centre, she developed great listening skills with empathy for people suffering trauma and tragedy in their lives.

Listening to traumatic stories is not easy. Heather described how she met Lale and said,

The first day I met him, I did not have any idea of what I was going into. A fearless man at eighty-seven just lost his wife of sixty years. He would not look at me. He had his head down, clearly grief-stricken beyond measure. He kept asking me to help him tell his story. I said, "I did not even know your story." I listened to him for two hours, saying, ''I will be enjoying spending time with you. When you come back, can you tell more..."

This is where the friendship between Heather and Lale, a protagonist of The Tattooist of Auschwitz, developed and Lale's story turned into historical holocaust fiction.

The Tattooist of Auschwitz

A striking fact is that when Lale told his story, Heather avoided taking a note in front of him or recording it. Instead, she had to race back home to take down notes after each meeting. In the beginning, Heather took months to write notes. Until she had gained Lale's friendship, Heather abstained from recording their conversations.

Another challenge Heather faced was that history and personal memories do not always walk side by side. She spent hours researching and clarifying dates, places, and events to support what Lale told her. Finally, she reckoned that she was not telling a story of the Holocaust. Instead, she was telling a holocaust story, Lale's story.

It also took time for Heather to decide the genre of the story. She even sat in a five-day training course for writing memories. Then, she realised that she could not tell Lale's story under the constraints of rules for memoir and biography. After many trials, she decided to write the story in a way the world would want to read. She explained it was also about timing. The sub-genre of historical holocaust fiction merged in the literature world at that time.

Readers will notice that Heather's books are written in the present tense. This is her intention to immediately put readers into the story and show how those survivors recall their experiences in the contemporary world.

Heather's second book is about Cilka, one character in The Tattooist of Auschwitz. This book was urged by readers' queries and Lale's request on telling the world about Cilka, the bravest person he ever knew. After Heather's dedicated research, Cilka's Journey came to the light.

When talking about Cilka, Heather became emotional and was concerned about women being sexually abused during the war. She went through all biographies and memoirs and tried to find out why no one mentioned the possibility of female holocaust survivors being raped or sexually abused. She found that it was avoided deliberately with the excuse of not making these women feel shame. She commented,

This becomes more and more important for me as a researcher ... This is not these women's shame. We have allowed them to live decades in secrecy. This is our shame!

Heather's third novel, Three Sisters, has an interesting link to the first book. According to her, she received an email from a man telling her that his mum noticed the cover of The Tattooist of Auschwitz and recognised that the number on the arm of the book cover was Gita's. His mum and aunt had a similar number on their arms as they and Gita went on the same train to Auschwitz. The coincidence resulted in Three Sisters, with which Heather helped tell the story of three sisters, Cibi, Magda, and Livi.

Different from the previous two books, the first two-thirds of Three Sisters is about how the three sisters survived the concentration camp, whereas the last one-third is about resilience, revival, recovery, and a new life in Israel. Heather said that she would re-write the chapters of Dead March the sisters went to. She revealed that she wrote them based on the girls' memories. The information on these chapters is accurate but misses lots of details that Heather has now. When the book was about to be printed, one of the daughters found a diary that was written by 20-year-old Magda. The sisters do not remember its existence.

The audience was impressed by Heather's resilience throughout the process of writing the books and was grateful for her work.

The question and answer time was interactive and informative. Readers have learned that Heather's next book is coming up in September next year. The book The Tattooist of Auschwitz is being made into a six-part mini-series that starts filming next month.

If you haven't read Heather's work, here are her phenomenal books in the library.

You can read Heather's books while waiting for the TV series to come up. 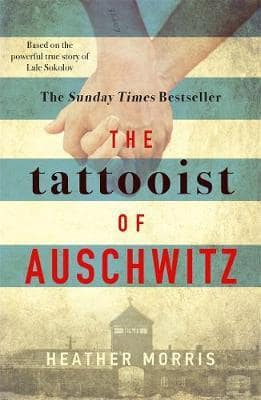 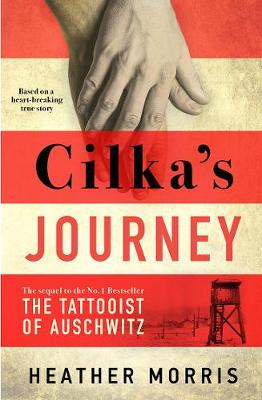 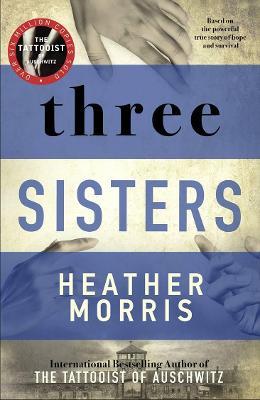