Dr Philip Ball, who gave a talk in Christchurch last week, has an intimidating CV that includes working in an editorial role at Nature magazine for 20 years, an impressive clutch of awards, and an academic background that includes an undergraduate degree in Chemistry and a PhD in Physics. So no slouch in the brains department, then.

He writes columns for a range of publications, as well as books about science and technology but placed within the wider cultural context. It's science but it's the literature of science, the art of science, and the myth of science all rolled up into one multi-disciplinary ball. His books also have really tantalising, curiousity-piquing titles like -

His talk on Friday Invisibility: a cultural history drew on ideas found in his latest book, Invisible: The dangerous allure of the unseen. I was interested in this right away as "invisibility" is my favoured super-power. No Adamantium claws for me, thanks. Being invisible presents so many opportunities for mischief.

It turns out, that this idea is sort of what the talk was about, as Ball addressed the audience directly at the beginning and asked:

"If you had the power of invisibility what would you do with it?"

We were then told that if our minds went straight to "power, wealth or sex" then we shouldn't feel too bad, as that's very much in keeping with the rest of humanity as far back as Plato (and further). Invisibility, we were told, is not a technical problem but a moral one.

In The Republic Plato uses the story of The ring of Gyges to illustrate the dangers of unfettered power. Like the One Ring of Middle Earth, this piece of jewellery bestows invisibility upon the wearer. Gyges, a humble shepherd, uses this power to seduce the queen and kill the reigning king and becomes "like a god among men" because unfortunately, invisibility corrupts.

Invisibility, it seems, isn't necessarily a super power that you would want to have. Right, so I might have to go with super strength or metal claws, after all.

And yet people have been questing after this ability for as long as we have had the idea of it.

Modern technologies involving meta-materials, that can redirect light, are one possible route towards a "cloaking technology" but this is some way from true invisibility. Camouflage is one thing, completely disappearing is quite another.

Much of Ball's talk leapt deftly from science to magic and back again, highlighting the similarities in purpose of the two and how they sometimes walk along side by side. For instance, in the 19th century there was a resurgence in interest in things spiritual, séances, spirit mediums and unseen forces, at the same time that invisible forces like x-rays were being discovered.

Ball argued that the notion of being able to communicate with another unseen being via the spirtual "ether", made it much easier for people to accept the technological equivalent of communicating with someone at a distance via radiowaves. 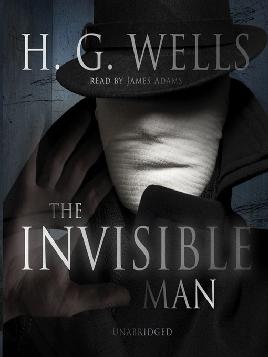 Ball also made some allusions to literature, pointing out that H G Wells' The invisible man is essentially a rewriting of the Gyges myth but using science instead of magic. As such, instead of the protagonist becoming god-like, his "power" is a curse. In order to be invisible he has to be naked so he suffers the cold and sore feet. He is no king. Modern invisibility still corrupts the soul but it also belittles.

It was a fascinating talk that covered everything from bizarrely painted "dazzle" warships of the First World War to Harry Potter to Star Trek and back again and illustrated the importance of magic and myth in the context of technology.

"Myth is no blueprint for the engineer. It's more important than that."