I’d been overly optimistic about the weather, so I arrived at Notes From An Apocalypse soaking wet, bedraggled, and feeling a little apocalyptic myself. My mood soon changed though when I was ushered into the Faraway Near, which for the duration of the festival has been dramatically transformed into a warm, cosy, and welcoming space reminiscent of an old-fashioned pub. I bought a cheese scone and coffee, and sat at one of many small tables, each of which had a screen at the end through which we would be connected to the host, writer Tom Doig, who was seated at one of the tables, and our guest speaker Mark O’Connell, who joined from his home in Dublin. This was a much more intimate experience than is usual at a virtual event like this, and a great deal of credit should go to the festival organisers for this ingenious and engaging idea, which worked perfectly. 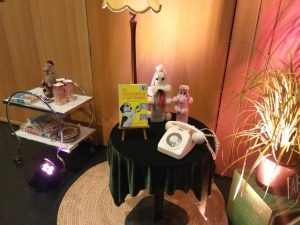 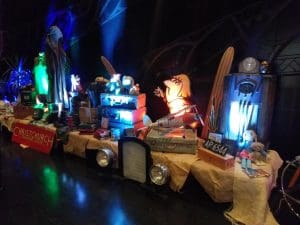 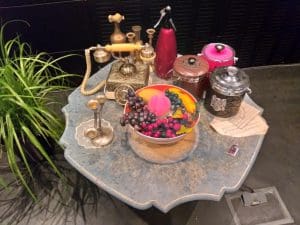 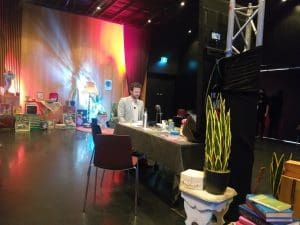 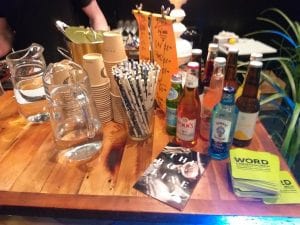 Tom introduced Mark and began by asking him what had led him to write a book on such a dark topic. Mark replied that it arose from of a “shapeless, formless anxiety” about the world that he had begun to feel around 2016, when he had just finished writing his first book and was thinking about possible ideas for his second. This anxiety, he said, came from several sources including Trump’s presidency, Brexit, and in particular the climate emergency, which Mark felt was not being taken seriously enough. This unsettling sense of unease gave Mark the theme for his book, but it lacked a subject until he started looking into the weird world of doomsday preppers - people who are preparing for the end of the world, an event that they genuinely think (and perhaps even hope) will come during their lifetimes.

Mark gave us a portrait of the typical prepper. They stockpile resources, and often have a bunker or other safe space that they equip with everything they will need to wait out the apocalypse alone, with their close family, or in small tight-knit groups; their instincts and values are generally individualistic rather than communitarian. They’re often from the libertarian far right, and frequently have a well-developed interest in firearms. Mark linked some of them to the perceived ‘masculinity crisis’ as men looking to the apocalypse as a way for them to prove their worth.

The book took Mark about two years to write, and required trips to several countries (this was pre-covid, when these things were still possible), including New Zealand, which Mark reflected is about as far as you can get from his home in Ireland and yet has so many similarities, including a history of colonialism, and a sense of intimacy that means you feel like everyone in the country might know each other. New Zealand was relevant to Mark’s book as it has become the fantasy global retreat for wealthy preppers who are buying land here so that they have somewhere at the bottom of the world to weather the storm if or when the apocalypse comes.

Another place Mark visited was a remote part of Scotland, where he took part in a retreat. On the first day, everyone was told to spread out so that they couldn’t see each other, and then set up a space just a few metres across where they would spend 24 hours sitting and doing nothing. To start with, he said, it was just boring, but by the end he found it “psychedelically transformative”, so much so in fact that he’s done the same thing again several times since.

The trajectory of the book, and the experience of writing it, appears to have been a journey from deep anxiety and despair to some sort of fragile and tentative hope. Where did that hope come from, he was asked. The birth of a new child, and relief that he was nearly done with what had been a difficult book to write, he half-joked.

The book was published in April 2020, just as the world was locking down at the start of the global pandemic. Given the subject matter, was this a good or bad time to publish? In some ways it was both. It did give his book some extra attention, but in fact it only mentions viral pandemics once, which Mark regards as a remarkable lack of prescience on his part. His real motivation he said, was the climate crisis, but in April 2020 there had never been a time when people cared less about climate change, coping as they were with the new challenges of Covid. Climate change, he said, is both terrifying and boring. Unlike other climate change books, he wanted to write not about possible futures, but about what it’s like to live now, knowing that climate change is happening. Unfortunately, other events took over and climate change was eclipsed, for a while at least, by more immediate concerns.

Is Mark a prepper himself? No, he said, he’s too lazy and doesn’t have enough storage space for a large stockpile of tinned goods. But he does share their anxieties. Unlike the people he talked to for his previous book on transhumanism, he has remained in contact with many of the preppers he met, and even become friends with some of them.

Tom Doig was the perfect host. As an author of apocalyptic non-fiction himself, he’s clearly a fan of Mark’s writing. He was at pains to point out the humour in Mark’s book, citing a hilarious takedown of Steven Pinker, and a very funny line about the imagined previous reader of his second-hand copy of ‘The Sovereign Individual’, a foundational text for peppers that he felt he had to read as research for the book, but didn’t want to buy first hand as he didn’t want his money to go to the authors.

Tom also mentioned Mark’s literary style, particularly his clever use of contradiction and paradox. Mark said that this was not entirely conscious, but probably reflects his philosophical outlook, and the influences of Jorges Louis Borges, John Banville (the subject of his PhD thesis), and Annie Dillard, who are among his favourite writers.

Tom opened the session up for questions from the audience. When asked to comment on whether there were any common themes among the preppers Mark had met, he replied “capitalist individualism”. When asked if nuclear war was still a concern among preppers, as it had been when some of us in the audience were young, he said that yes it was, but it’s no longer the sole focus. Concern about nuclear weapons in the hands of North Korea and other rogue states feeds into a more complex and wider set of anxieties, but fear of nuclear war continues to provide a backdrop for the way many people think about the end of the world.

Mark never wanted his book to have a trite and cosily hopeful ending, but in response to a question about hope he replied that the apocalypse has a deep history, and people have always worried about it, but we’re still here. “It’s always the end of the world, but it’s never the end of the world” he said in his characteristically contradictory way. Perhaps that paradox, so emblematic of Mark’s writing style, and his outlook on life, is the best we can hope for. Let’s hope it’s enough, or the future will belong only to preppers and cockroaches.

Mark O'Connell was talking to Tom Doig about this book…

Notes From An Apocalypse

Mark’s previous book on transhumanism is…

To Be A Machine

Tom is the editor of this book on climate change…

Living With the Climate Crisis

Tom's latest book, on the 2014 Hazelwood mine fire disaster is...

Tom Doig will be appearing again at Not Calm Before The Storm: Climate Change Now at 6.00 pm - 7.00 pm this evening at the Piano.

If all this doom and gloom is too much for you, as an antidote I recommend this book, which I read earlier this year and have been recommending to everyone since…