Lucy Foley's first foray into the world of crime is a page turner from page one:

I see a man coming through the snow... as he comes closer I see that his features are frozen with shock. I know this look. I have seen it before. This is the expression of someone who has witnessed something horrific, beyond the bounds of normal human experience... 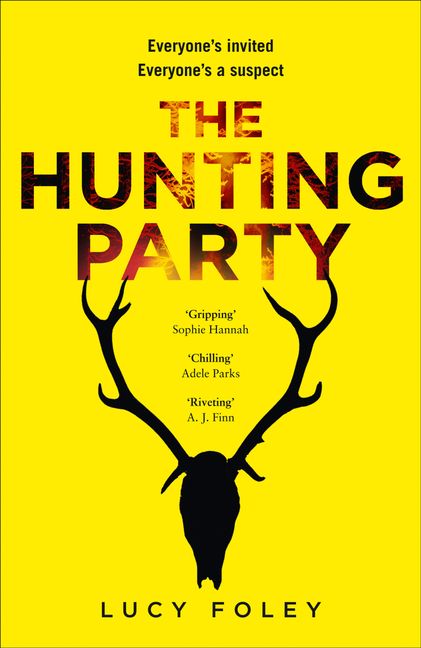 Foley wastes no time in plunging her readers into the beautiful yet menacing setting of the remote Scottish wilderness. We can feel the biting cold and desolation of the landscape alongside the characters in the story, such is Foley's gift for creating a vivid backdrop. What follows is an atmospheric mystery in the style of Agatha Christie but with a modern day twist.

It's new year and a reunion between eight close Oxford friends has taken a terrible turn following the descent of a snow storm. Trapped inside their luxury lodge, tensions have risen and dark secrets have emerged leading to a terrible climax - a murder between friends. The lead up to the event is told through a series of flashbacks narrated by different guests - the glamorous Miranda, her secretive best friend Katie, and the outsider of the group, Emma. The friends are an awful group of people but far from this being off-putting, Foley brings each character to life making you want to know more and more about each of their secrets. There are recent parents, Samira and Giles, who are no longer able to be the party animals they once were; Nick who is in a long term relationship with his partner Bo (a man still recovering from drug addiction); Mark, who is married to newcomer and holiday organiser, Emma; and the seemingly perfect couple Julian and his beautiful, attention grabbing wife Miranda.

Outside of the friends' circle are gamekeeper Doug and lodge manager Heather who also act as narrators. Doug is strongly drawn, a shattered veteran who has shut himself away from the world for both its sake and his, while Heather is another haunted individual, running away from a past she can't bring herself to discuss with anyone. Foley's characters are both fascinating and convincing, a tricky element to get right in crime novels but it is pulled off here with what seems like effortlessness.

Foley keeps us guessing right up to the nail-biting end as to who both the victim and the murderer are. While I did guess the murderer, I was so gripped by the story that this didn't matter for me. The hunting party is an unputdownable thriller sure to keep you entertained every step of the way. Perhaps unsurprisingly there are talks of a screen adaptation ahead but meanwhile, here's hoping that another Foley mystery is on its way after such a thrilling crime debut.