You might not expect a lot of common ground between them but there were moments of connection while they wrestled with the challenges of poverty, privilege, politics and the world at large.

Writer Dominic Hoey and inequalities journalist Max Rashbrooke spoke in a small but packed room at The Piano in central Christchurch on Saturday evening while former National Attorney General Chris Finlayson spoke in the main auditorium at the same venue the following day.

Rashbrooke said inequality was worsening in New Zealand and acknowledged the view that many Kiwis grew their wealth over their careers so that older age groups tended to be wealthier than young people.

It was apparent a younger demographic attended the session with Rashbrooke and Hoey while Finlayson’s audience was distinctly older but it was harder to ascertain if there was a “wealth gap” between the two audiences.

Finlayson spoke little on inequalities except to say that he preferred moving people towards jobs and self-sufficiency instead of handing them money although he acknowledged some disadvantaged people needed long-term help.

Inequality is nothing new in Aotearoa

Rashbrooke challenged New Zealand’s “egalitarian myth” by identifying the existence of sheep barons in the 1890s who represented one percent of the population but owned two-thirds of the country, socialised extravagantly with each other and sent their children to England to be educated.

Later the Liberals redistributed the sheep barons’ holdings but used a land grab at the expense of already disenfranchised iwi to fund it, Rashbrooke said.

More progress towards equality was made last century but in the last 30 years the wealth gap had again widened, not just in terms of wealth but also the education system had become increasingly segregated by ethnicity and class, he said.

At the suggestion that poverty could be resolved by philanthropy, Hoey said rich people still had too much power “if they give the money” proposing that many assets should be nationalised including houses.

Redistribution might help some individuals where too much money appeared to encourage excessive and destructive behaviours. “Wealth is like a mental illness,” Hoey said.

For Rashbrooke tax was a large part of the puzzle. Solutions included taxing capital gains or wealth and Rashbrooke noted these methods were employed by trading partners Australia and the United Kingdom while Scandinavian countries had high income tax and also taxed wealth.

He agreed that charity was an inefficient way of addressing social problems caused by inequality.

“The US solves social problems with philanthropy, Scandinavia do it with tax.”

The abuse of charitable status by profit-making businesses offered a suggestion of common ground amongst the speakers.

Rashbrooke said the practice of businesses achieving charitable status was a “tax dodge” as there were examples of such entities not paying any tax and yet providing little in terms of charity.

Finlayson was asked what he would do about Gloriavale, a West Coast religious community recently criticised for its labour practices. The former MP suggested investigating Gloriavale on whether it fulfilled its charitable trust obligations.

But the wealth divide has social elements as well as those more material making it difficult for the haves and have nots to engage on strategies that would benefit Aotearoa.

Hoey said the rich had no way of understanding someone who “stacked supermarket shelves” and Finlayson admitted he was a reluctant politician when it came to constituency work because “I didn’t want to sit in a caravan and listen to nutters tell me about their problems”.

Rashbrooke called for an education system that celebrated “hearts and hands” as well as the head because a meritocracy that favoured cerebral performance and socio-economic status was weighted too heavily in traits that were inherited as opposed to rewarding a person’s best efforts.

Hoey said if the education system failed individuals they should not give up.

“I failed high school and I’m dyslexic. I did it [wrote novels], you can do it.” 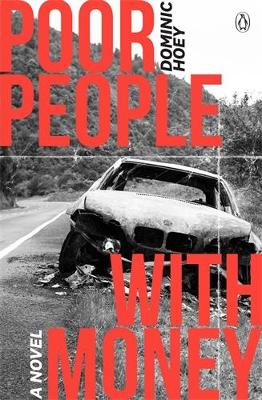 His life had changed since publishing Poor People with Money which he said was a novel about "fighting, drugs and money".

“When I started writing that book, I was super-broke. Now I have some money and my perspective has changed. Mum says it’s so good we can go to the supermarket now and the card isn’t declined.”

Rashbrooke and Finlayson looked to the wider world in different ways.

While Rashbrooke saw solutions to New Zealand’s inequalities in our trading partners and Scandinavia, Finlayson saw geo-political risk, with the erosion of the “rule of law” around the globe.

In particular, Finlayson lamented the passing of former Soviet Union premier Mikhail Gorbachev, who hastened the end of the Cold War and encouraged the growth of democracy.

“Gorbachev will go down as one of the great figures of the 20th century. He deserved to be remembered with a lot more honour than he got.”

Finlayson was discouraged by the rise of Putin and his approach to leadership. “In Putin you have a man who does not respect the rule of law or the freedom of his fellow citizens.”

“For the last 25 years Britain has been a basket case … the United States has been a bit of a disaster and look at Russia - if you haven’t got the rule of law, you’ve got nothing."

Finlayson lamented: “All the hopes we had in the ’90s … we have regressed” although he retained hope that politics was cyclical and the primacy of the rule of law would eventually be restored internationally.

Aotearoa on the ‘right track’

New Zealand, with its treaty settlements and co-governance between tangata whenua and Pākehā, was on the “right track”, Finlayson said.

Co-governance could help clean up the waterways of Canterbury as increased dairy farming had turned the region from a “granary into a sewer. The Ashley [River] is a disaster”.

On Three Waters (the proposal to place funding and responsibility for drinking water, storm water and waste water in new entities) he said “we would have to wait and see” if it worked although he indicated that the new structure could do no worse than the Wellington City Council which he considered “monumentally useless” at maintaining its water assets.

“The rise of the sour right, elements of them are beginning to manifest themselves here. We’ve always had Nazis … they’ve now crept out into the body politic.”

“We just have to be on our guard against these forces and make sure their odorous views do not infect the body politic.”

Key to that was communicating with political opponents without denigrating them, something that had been lost in the United States.

Finlayson disagrees with some politicians but  "..they are my political opponents, not my enemies. I don’t denigrate them.”