Which of the following writers do you think deserves to be considered a Great Kiwi Classic?

The answer is all of them, but if you had to pick one which would it be?

Since 2014 the New Zealand Book Council and Auckland Writers Festival,  have been awarding the title "Great Kiwi Classic" to our country's most revered literary treasures. In 2014, Keri Hulme’s Booker Prize-winning novel The Bone People was selected after a wealth of public nominations, and Owls Do Cry by Janet Frame received the 2015 crown.

And they're at it again this year with the above shortlist which will be hotly debated a the Auckland Writers Festival event, The Great Kiwi Classic: Face-Off, in which four super fans will each argue on behalf of one writer for the title 2016 Great Kiwi Classic author. A follow-up discussion will attempt to distil the essence of home-grown literary classics, chaired by Rosabel Tan, editor of The Pantograph Punch. 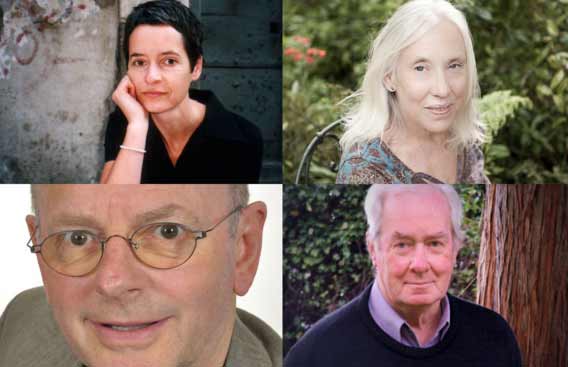 Which of the four would you nominate as the 2016 Great Kiwi Classic author, and why? Let the New Zealand Book Council know in 400 words or less via email greatkiwiclassic@bookcouncil.org.nz or via a post on their Facebook page by 15 April 2016.

Your contribution could be published on the New Zealand Book Council’s blog Booknotes Unbound, and you’ll automatically be entered into the draw to win a prize pack of classic NZ books!