I can remember the first time I looked up a word in the Oxford English Dictionary. It was "somnambulist" and I had just read it in Middlemarch by George Eliot. There, beneath the definition ("one who walks, etc., while asleep"), was the very passage of Middlemarch I had just read. Suddenly my reverence for dictionaries—born from years of Mum answering virtually every "why" question I ever asked by looking it up in the dictionary—reached a heady pinaccle. I never expected that reverance to change. But after reading The Dictionary of Lost Words, and listening to Pip Williams speaking at WORD, I don't think I'll ever look at a dictionary quite the same way again. 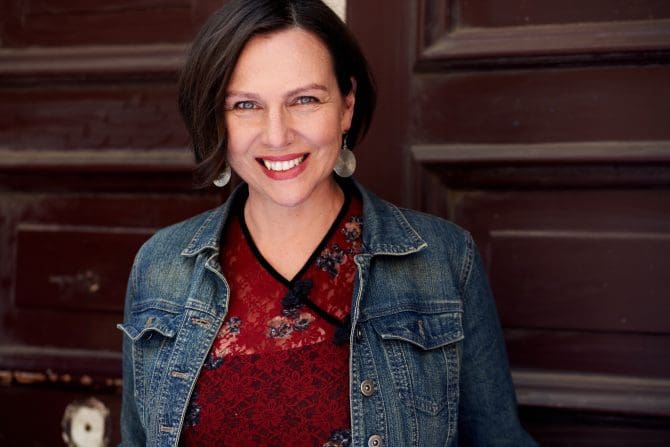 I've always thought of dictionaries as a source of incontrovertible truth. I imagine you probably did too. Why would we not? How could there be bias or prejudice in a dictionary? A dictionary is a collection of words. How could there be anything false in that? In fact, the idea behind the Oxford English Dictionary was to define every word in the English language. But not every word made it into the Dictionary. And once Pip Williams thought about that, and thought about which words were left out, and why, she knew that the Dictionary was biased, and she couldn't let that thought go.

This idea was sparked by reading The Surgeon of Crowthorne, a book about W.C. Minor, one of the Dictionary's most dedicated volunteers. With her background as an academic writer and social researcher, Pip Williams started to reasearch the idea. What she found told her not only that she was right, but also that no-one had ever written about the idea before.

The idea teriffied her, but she couldn't let it go. Who was she to criticise the Oxford English Dictionary? She'd never written a novel before—was she up to the task? Would she be critised for critising the Dictionary? What if she couldn't write a novel worthy of the idea??

Pip told us how she overcame her doubts and fears. She told us about a sign she passed every day that bore the words "Do something that scares you." She told us about her word goal that helped her get past the procrastination and accompanying depression. It's brilliant really. Some writers set themselves a goal to write 1000 words a day. Pip's goal was to write just one. One word. If she wrote one word, then that day was a success. And you see, once you've written one word, it's not hard to write one more, ten more, fifty more. And suddenly, that goal is met a hundredfold. And you're an over-achiever!

Pip also told us about writing in her local coffee shop, and not letting herself drink her delicious coffee until she'd written her word for the day. Which was great until she had to write during lockdown, and realised she couldn't do it without coffee. So she took to writing in her car, parked outside the coffee shop, while the café staff brought coffee to her car window.

She told us about her trips to Oxford. About the wonderful, humbling experience of being given access to the archives of the OED, of holding the actual slips on which the words had been written, of the papers that began to crumble at her touch. About the proof pages that were printed prior to publication and included some of the lost words. Words that were defined and then declined. Words that were considered not worthy of the Dictionary and excised. More often than not, these were the words of women or of the working class. The Dictionary was compiled by well-educated men. The decisions of what to include and what not to include were made by these men. And all of this was happening at a time when women like Emmeline Pankhurst were fighting with deeds, not words, to win votes for women.

She also told us about the wonderful Edith Thompson, a woman who dedicated fifty years of her life to the Dictionary, but about whom barely half a page was ever written. She told us about the dilemma of writing a fictional version of this historical woman. How could she do her justice? How could she represent her in a fair and real way (as she had with all the other real people) when so little was known about her? Edith couldn't be excised from the history! Pip found a compromise by giving her the nickname by which Esme knew her. When writing about the fictional Edith, she is always called her Ditte (to rhyme with "sweeter"), but when writing about the historical Edith, Pip called her by her real name.

I was slightly overawed by the end of the talk, and suddenly couldn't think of the questions I'd wanted to ask! Next time I go to a WORD Christchurch event, I must remember to write my questions down!!

I'm so glad that Pip Williams didn't let her doubts and procrastination stop her from writing this story! Because the Dictionary of Lost Words is a stunning book. She's writing a companion story at the moment, called the Bookbinder of Jericho. It should be out next March! I'm adding that to my for later shelf as we speak.

I'm also glad she told us about her word goal and café rewards. It gave me an excuse to buy myself a hot chocolate to have while I wrote this blog post. And I promise I didn't start drinking it till after I'd written a WORD!