Courtney Archer was best known for his work as an assistant to Rewi Alley at the Shandan Bailie School in China. A committed pacifist, his strong interest in China and the Chinese people lasted all his life. In his own words, being in China had turned his life around.1

Courtney Archer was born on 31 March 1918, the eldest child and only son of Cecil MacKenzie Gordon Archer (1887-1955) and his wife, Maude Anne (nee Court). The Archers had been brought up in the milling trade. Cecil’s father, Harry Archer (1844-1918) arrived in Christchurch on the Mermaid in 1865, after working as a miller in England, and built a mill at Malvern. Later, he settled in Southbrook, where he founded H. Archer & Sons Flour Mill about 1875. Cecil and at least some of his brothers worked in the mill, Cecil becoming the managing director after his father’s death at the end of World War I.

Forced out of family home

Courtney worked in the flour mill after leaving school but he became a pacifist during his teenage years, and his decision to register as a conscientious objector at the outbreak of World War II placed him at odds with his father. He left the family’s Rangiora home and lived and worked in rural pacifist communities, including Riverside near Nelson, for most of the war years. In 1944, he moved to Greymouth to work as a reporter for the Grey River Argus.

Pacifism and the Friends Ambulance Unit

The chance to work with the Friends Ambulance Unit (FAU)in China offered an avenue for putting his pacifist ideals into practice through humanitarian work. The FAU ran small mobile medical teams in China in the early 1940s, and transported medical supplies and fuel to isolated mission hospitals in “Free China”.

Archer had no medical experience or any of the driving or mechanical skills sought by the group. However, he seized the opportunity to become involved, and his commitment and adaptability proved him a worthy volunteer.

When he arrived in China, Archer was assigned to the medical unit, even though his only medical experience was helping out in the wards of Grey Hospital before he left New Zealand. He was assigned as a trainee anaesthetist to a tiny rural hospital in Qijing in the south-west, but in fact he was the sole anaesthetist on site.

At the same time, he became the hospital’s administrator, and later its manager. Archer immersed himself in Chinese life — art, architecture, history and people. He moved out of the FAU hostel to live in the hospital itself, so he could share the life of his Chinese colleagues. He taught many of them English. 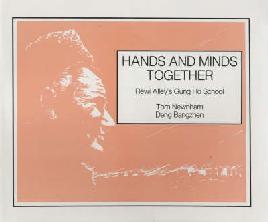 By mid-1946, Archer had been transferred to Shanghai to work at the headquarters of the Chinese Convoy. He found this work frustrating, and felt isolated from what he considered to be the real China. But his life was about to change forever; in September 1946, he was sent to the far north-west of China to assess the scope for continued Friends Service Unit (FSU) involvement in Rewi Alley’s Bailie School in Shandan.

The Bailie School was one of several schools founded in the 1930s as part of the Chinese Industrial Co-operatives Movement. Alley was appointed as headmaster in 1945. Within a few days of his arrival in Shandan, Archer had become a convert to the school’s philosophies and way of life.

He was impressed by the students, admired Alley’s ideals and practical approach, and felt totally at ease in the strong family environment which had been created at the school.

It all seemed to make sense to me. Here was a school that was a technical school, [that] was teaching students at a level that seemed to me to be fitted for the Chinese society at the state of development that it was in … It seemed to me to be the most meaningful kind of work of rehabilitation that I had come across.2

Archer worked at the school for six years, the happiest and most rewarding years of his life.3

Archer’s work at the Bailie School

Archer was appointed as Alley’s assistant, with the goal of reducing the headmaster’s huge workload to manageable proportions. He spent part of each day in teaching book-keeping, technical drawing, and English, and he also took over responsibility for the school’s small health clinic until a hospital was set up later by Corso.

Archer’s principal contribution, however, was as an administrator. He managed the school’s finances, trying to balance the books in the face of rampant inflation and bandit raids on convoys of gold bars and silver dollars. Political threats also grew. Officials were suspicious of the school’s ideals (they were perceived to be “communist”). Even after the Communists came to power in 1949 political pressure continued.

The situation was stressful and often unpleasant, and it took its toll. Archer was appalled by Communist attacks on Alley and on senior students, and like all those involved with the school, struggled to understand the thinking of the new regime. Archer decided to stay on, because, in his words, there never seemed to be an appropriate time that one could say 'that’s it' and cut it off.4

Archer returned to New Zealand in 1952 to organise a delegation to attend an Asia-Pacific Peace Conference in Peking that year. During this visit, he was made aware of his father’s failing health, which was creating difficulties for the management of the family flour mill, and the following year, he had to make the most difficult decision of his life: should he remain in China, which he loved, or return to take over the work of the flour mill?

In the end, as he said, filial piety won out5, and reluctantly, he returned to Rangiora, becoming managing director of H. Archer and Sons after his father’s death in 1955. Under his management, the mill was modernised, and earned a high reputation for quality and efficiency, and for integrity in business. Archer played a full part within the wider industry, serving for many years on the committee of the Flour Millers’ Association and on the Wheat Research Committee.

Archer’s interests in China and in pacifism were not abandoned. He was associated with a number of organisations linked to China, and was a founding committee member of the Christchurch branch of the New Zealand China Friendship Society in 1955.

In 1958, he attended the inaugural meeting of the national society in Wellington, becoming a member of the national executive, on which he served for many years. Nor did he ever forget the Bailie School, remaining a staunch supporter of its work all his life. He was one of a group of Chinese and Westerners responsible for re-establishing the school in Shandan in 1987, and made many visits to China in this period.

Courtney Archer died in 2002, aged 84. Unlike many of the pacifists of his era, he did not come from a Quaker or devoutly religious family background, but his beliefs were strong and sincere. In China, and especially in the co-operative movement practised at the Shandan Bailie School, he found a way of life to which he could commit himself with passion and conviction, and he remained devoted to the ideals he found there for the remainder of his long life. He shared his life with his close friend and companion, Chen Tan.