Eldred-Grigg, S. The Great wrong War: New Zealand society in WW1, 2010
Looks at why New Zealand went to war, whether the country was united in its desire for war, and the economic, social and psychological consequences.

Harper, G. Images of war: World War One: a photographic record of New Zealanders at war, 1914-1918, 2008
Includes coverage of Gallipoli, France and the Western Front, and Sinai-Palestine. 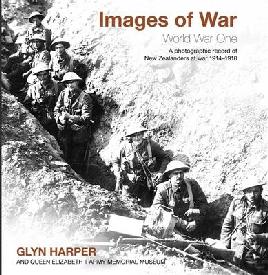 Pugsley, C. On the fringe of hell: New Zealanders and military discipline in the first world war
Looks at discipline, court martials, executions and death sentences.

The 1966 Encyclopaedia of New Zealand has useful introductory material which contains brief notes on mobilisation; Samoa; the New Zealand Expeditionary Force; Gallipoli; the New Zealand Division; Sinai and the Holy Land; the Navy; New Zealanders in the Royal Flying Corps; and a section entitled “A massive and costly war".

A number of useful web sites, from a New Zealand and a world point of view, are listed under the following links on the library’s internet gateway: