Cowan, J. The Maoris in the Great War: a history of the New Zealand native contingent and pioneer battalion, Gallipoli, 1915, France and Flanders, 1916-1918
Read an online edition of this book at NZETC

New Zealand’s great war: New Zealand, the Allies and the First World War, edited by John Crawford and Ian McGibbon, 2007
A collection of essays on various aspects of New Zealand’s involvement in the war, at home and abroad, including Ch. 5: Te Hokowhitu-a-Tu, by M. Soutar. 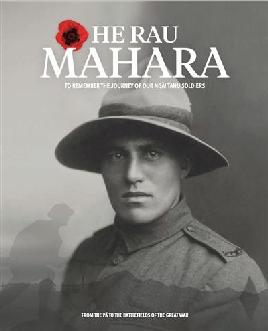 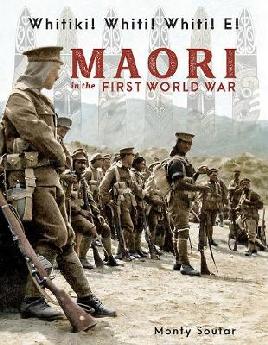 He Rau Mahara: To Remember the Journey of Our Ngāi Tahu Soldiers : From the Pā to the Battlefields of the Great War
Featuring photographs and profiles of Ngāi Tahu soldiers, produced by Whakapapa Ngāi Tahu.

Soutar, Monty Whitiki! Whiti! Whiti! E!: Maori In the First World War
Includes over 300 images, many from family collections and not published before.

He Rau Mahara: To remember the journey of our Ngāi Tahu soldiers. From the pā to the battlefields of the Great War.

Māori and the First World War
Information from New Zealand History Online on the Māori reaction to World War One.