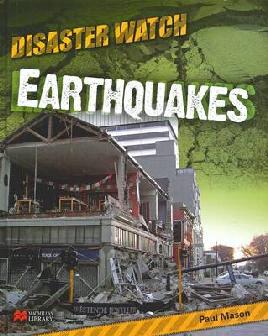 On 17 June 1929, at 10:17am, a magnitude 7.3 earthquake rocked the northern South Island. It was felt in cities and towns all over New Zealand, but it was half a day before authorities realised that the worst hit region was Murchison. 17 people died and many were made homeless. The Buller Gorge road was damaged and was closed for 18 months between Westport and Reefton.

1929 was a year of earthquakes in New Zealand - 678 in all. Earthquakes on 9 March (Arthur’s Pass) and 8 May (Central North Island) were felt through large areas of the country.

At 10:17am on Monday, 17 June, an earthquake shook New Zealand from Auckland to Dunedin, and was measured at 7.3 magnitude. It was the worst earthquake since the 1855 Wellington earthquake, and the first to cause a large number of deaths.

The earthquake’s centre was in the Lyell Range, just west of Murchison, in the north-west corner of the South Island. The 300 inhabitants of Murchison found the experience a terrifying one as they swayed, unable to stay on their feet. Witnesses talked later of the booming sound of the earthquake, which some heard as far away as Taranaki in the North Island.

The ground rose and swayed, making chimneys fall and the land slide in huge slips down the surrounding hillsides, blocking roads and rivers. A piece of land 75 kilometres long and 30 metres wide was lifted by almost half a metre. Farm animals died by the hundreds.

17 people died in the earthquake, many as a result of the landslips and the floods it created. The surrounding hillsides were water-logged with mid-winter rain. One of the worst slips dammed the Matakitai River and formed a lake, while another in the Maruia Valley swept a house and its inhabitants away under a massive mountain of rocks and rubble.

The first reports of serious damage came from Greymouth, Nelson and Westport. In Greymouth most chimneys were destroyed and gas, water and sewage pipes had broken. In Nelson, shop windows had broken and chimneys had collapsed. At Nelson College the tower had fallen and dormitory roofs had been smashed by falling stonework. Fortunately no-one was in the dormitories at the time.

It was not until later that the news of the destruction around Murchison was relayed to the rest of New Zealand. The damage there was so extensive that if more people had lived in the area, hundreds could have died.

It was the middle of winter, and heavy rain made the conditions even worse. Earthquake tremors continued for the next fortnight, adding to the confusion and terror.

With their houses unlivable or completely destroyed, the residents of Murchison camped in tents or took shelter in sheds. Water and sewage services were not working properly, and the risk of disease was high. Food was normally brought into the area from Westport, but with the roads blocked by landslips, supplies soon began to run low.

After five days it was decided to move the homeless people to Nelson until conditions had improved. They were followed over the next few days by refugees from the more remote valleys around Murchison.

Reports from the disaster area were sent regularly by the Murchison post master using a telegraph line kept open by Post and Telegraph workers. But contact with Westport was not possible for some time because of the extensive damage there.

Other small settlements such as Karamea were cut off completely, with food running low until supplies were flown in two weeks later.

Tales of escape began to circulate. 30 men working in the Cobden quarry got out just before thousands of tons of rock crashed down onto the site. And hundreds of miners working underground in coal mines along the West Coast managed to get to the surface with only minor injuries. Only two miners were killed.

Because of the damage to the Buller Gorge road, it took 18 months to open the road between Westport and Reefton. When the Governor-General, Sir Charles Fergusson, inspected the disaster area, he had to travel part of the way by horseback.

It was later found that the earthquake had been centred under a fault which had been thought to be dormant. In fact, the White Creek Fault had shifted in the earthquake, moving 2.1 metres horizontally, and 4.5 metres vertically.

Where the fault ran across the Buller Gorge road a wall 2 metres high was formed. At one point where the faultline crossed the Maruia River, and the land on one side was raised up by the quake, a new waterfall was created.