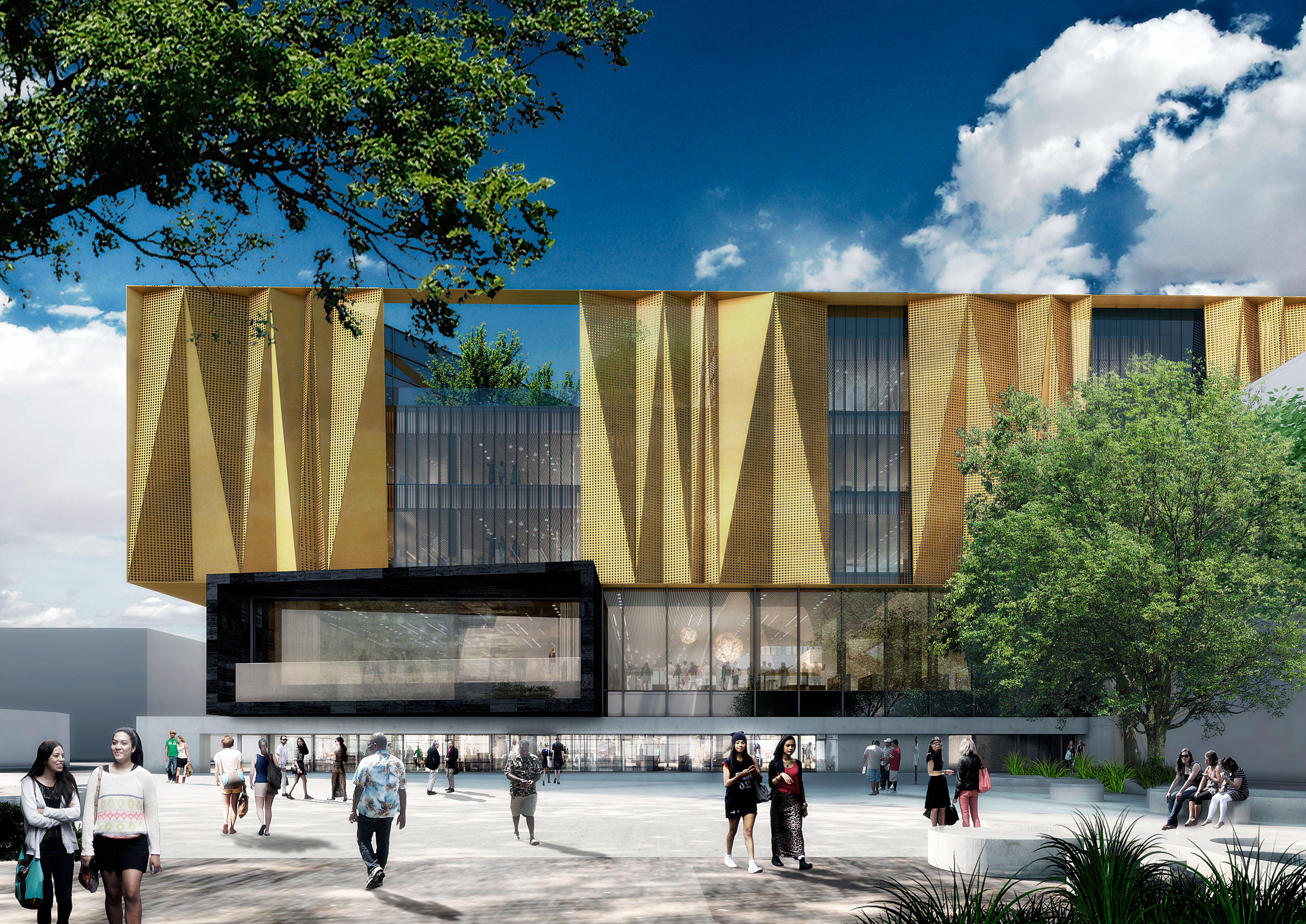 Mayor Lianne Dalziel says that Southbase has been approved as the preferred contractor to deliver the $85 million project, which will not only be Christchurch's Central Library, but a 21st century Knowledge Centre networked locally, nationally and internationally.

"This is the most exciting announcement I've been involved in as Mayor. This is what the people of Christchurch have said they want to see – our community libraries have always been popular and beloved, but this will be so much more."

"We narrowed the field down to three excellent design and build tenders from Southbase, Fletcher Construction and Leighs Construction, and we're ultimately very happy to be working with Southbase again. They're a local company who've done outstanding work for the Council that residents can already see, including the Hagley Oval Pavilion and the Christchurch Bus Interchange.

"We've got Architectus on board designing the library, and Southbase enjoyed a great working relationship with Architectus during creation of the Bus Interchange – so all the pieces are in place for another great collaboration," Mayor Dalziel says.

New Zealand company Architectus worked in partnership with Danish library design experts schmidt hammer lassen, who have received more than 150 awards for their work which includes 12 libraries internationally and the International Criminal Court in The Hague.

Groundworks began on Monday 22 February on the Cathedral Square site of the old Camelot Hotel, which will clear the way for construction of the facility to begin in earnest later in 2016, once the land is made available by the Crown.

The Council has committed $75 million to the project.

"Although the Cost Sharing Agreement included philanthropic funding of $10 million – which was simply a placeholder – the Council has decided that, given that the amount required is significantly less, a better approach is to work with potential corporate and community partners to determine the roles they can play in developing this incredible facility," Mayor Dalziel says.

"These will be genuine partnerships. We're taking the time to develop some very specific proposals relating to each partner's area of support and are excited about how, together, we can achieve a much-enhanced experience for all Library users. Our aim is to create a world-class environment for all to meet, learn and innovate, and a true digital heart for Christchurch."

Note: Information contained in media releases is correct at the time of publication, but may change later. Please check the Library News page for latest updates about library services or contact us, ph: 9417923.