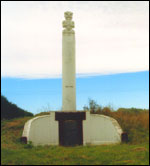 The town of Kaiapoi that lies to the north of Ōtautahi takes its name from the pā that was established in that area around the year 1700.

This pā was to become the stronghold of the Ngāi Tahu tribe. Today the site appears as a green field covered in low mounds. Yet underneath this lies the remains of Ngāi Tahu’s traditional cultural centre.

The pā is said to have functioned on a sophisticated fabric of social and economic orders. Decisions were made by the nobility who consulted with highly skilled tohunga. It was a centre of great learning and abundant resources.

Kaiapoi pā was established by Moki’s elder brother Tūrākautahi on the Rakahuri (Ashley) River. Tūrākautahi was the second son of Tūāhuriri, hence "Ngāi Tūāhuriri " is the name of the subtribe of this area. 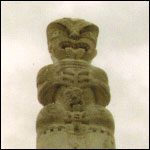 In selecting the pā site, Tūrākautahi determined that kai would need to be poi (swung in) from other places. Hence the name Kaiapoi which it is said can be translated as a metaphor for "economics".

In 1831 the Kaiapoi pā was attacked by Te Rauparaha and his northern followers. Many people were killed as they fled from the pā site through the surrounding swamplands. This attack was the beginning of a dark time for Ngāi Tahu with the loss of many people in a number of further bloody battles. Southern Māori retaliated and eventually Ngāi Tahu drove Te Rauparaha outside the tribal boundaries. 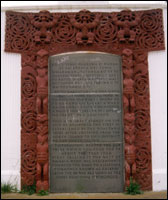 Eventually in an effort to make peace, Te Rauparaha returned the captured Ngāi Tahu dignatories and chiefs along with several of his own people. Ngāi Tahu accepted this peace offering and friendly relations were established.

A monument commemorating the Kaiapoi pā and the lives of those who lived and died there was erected on the pā site by Canon Stack in 1898. Stack was an important figure in the area at that time having been greatly involved in the establishment of a mission church at the nearby Māori settlement of Tuahiwi.

The tekoteko at the top of the monument was removed after the earthquakes of February 2011 and is on loan to Canterbury Museum for display in their Quake City exhibition.

The pā today appears to have the shape of a tohora (whale). A Kaiapoi pā logo incorporates the tohora which represents Tūāhuriri and his ancestors and the pāpaku (crab). The pāpaku is the symbol of Tūāhuriri's son.

Early Kaiapoi in our Digital Collections