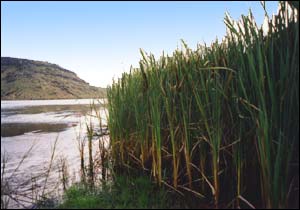 Wairewa means water lifted up. Te Roto o Wairewa was the last lake to be dug out by the legendary Rākaihautū. On completion, he thrust his famous kō (digging stick) into Horomaka Banks Peninsula) forming Tuhiraki (Mt Bossu), this act constituted the lifting up.

Traditionally, Māori have sole eel fishing rights on this lake.

Up until whaling times the lake had a permanent outlet to the sea and waka could travel right into the forested inlet, which was then known as Māori Harbour.

Today the lake is land locked and is significantly shallower as a result of the conversion of the landscape to pastureland and a subsequent reduction in its water retaining capacity. Similar problems have developed at nearby Waihora.

In the past, Wairewa provided a rich supply of tuna to Māori communities who did not have their own sources. The harvesting and preparation of tuna at Wairewa continues today though numbers are greatly reduced. 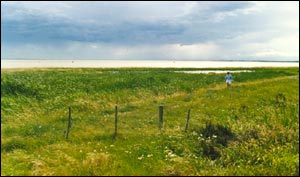 During the eeling season or whakaheke (migration), the tuna make their way to the sea through trenches dug by eelers. As the eels advance, they are gaffed and hooked into the pārua, a pit dug in the shingle.

Wairewa was the site of the first Māori battle involving musket warfare on Horomaka (Banks Peninsula). This battle culminated in the infamous 'kai huanga' dispute which for some time greatly threatened the internal stability of Ngāi Tahu.

The Ngāi Tahu Claims Settlement Act 1998 has seen the recognition of Ngāi Tahu’s mana in relation to Wairewa and guaranteed tribal involvement in the future management of the site. The rehabilitation of Te Roto o Wairewa is a major focus for the Wairewa Rūnanga today.

Ōruāka Historic Reserve is the name of the reserve which today encompasses Wairewa and its surrounding area.