When it's so easy to cross the Tasman, many people do - a winter holiday on the Gold Coast, a show in Melbourne, shopping in Sydney, family in Perth ...thousands, opens a new window of Kiwis travel to Australia every year, and its easy to forget that the very first trans-Tasman flight was less than 100 years ago and was A Very Big Deal.

The flight time was 14 hours and 25 minutes, with the three-engineed Fokker plane Southern Cross flown by Australians Charles Kingsford-Smith and Charles Ulm along with navigator Harold Litchfield, and radio operator Thomas H. McWilliams. This flight was only the latest in a series of 'firsts' for Kingsford-Smith and Ulm: in June 1927 they completed a round-Australia circuit in 10 days, 5 hours; then on 31 May 1928 they  made the first eastward trans-Pacific flight, leaving from Oakland (California) to Brisbane, via Hawaii and Suva, in 83 hours, 38 minutes of flying time. In August 1928 came the first non-stop trans-Australia flight from Victoria to Perth.

An unsuccessful attempt to fly the Tasman had been made by two New Zealand Air Force pilots - Captain George Hood and Lieutenant John Moncrieff in January 1928. The crew of Southern Cross dropped a wreath to their memories approximate 240 km off the coast of New Zealand.

Initially Kingsford-Smith and Ulm planned to depart Australia on 2nd September, but were forced to delay departure due to poor weather, departing Richmond (near Sydney) on the evening of 10th September. The flight was made in stormy - at times icy - conditions, with landfall near Cook Strait.

The crowd that greeted them in Christchurch was estimated at between 30 and 40,000, and the whole country celebrated the achievement - finally we were connected to the rest of the world.

While the New Zealand Air Force overhauled their plane, Kingsford-Smith and crew were taken on a triumphant nationwide tour. Their return flight from Blenheim to Richmond took 23 hours due to severe weather, fog and a navigational error. On landing they had 10 minutes of fuel left.

It was another twelve years before a regular air service by flying boat began in April 1940, and flight time was 9 hours.  Thank goodness it doesn't take so long now!

Kingsford-Smith went on to make further record-breaking flights and was knighted for services to aviation in 1932. 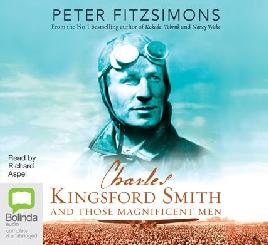 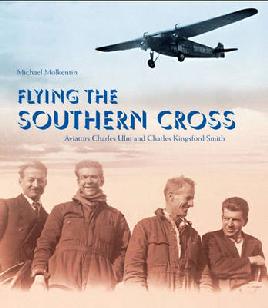