This is an incredible story of the relationship between a dog and his master. It is set during the second world war and is a delightful and heart-warming read.

In 1940, French pilot Pierre Duval and gunner Robert Bozdech were shot down over no-man's land near France. They took shelter in an old farmhouse where they found a German Shepherd puppy. Still in no-man's land, they waited for nightfall and made a daring escape. Robert hid the little pup inside his jacket and, avoiding German patrols, the three of them made it safely back to France. Robert and the puppy, who he named Ant, became inseparable.

In time Robert made his way to Britain. Ignoring the authorities, he took Ant with him and in the years that followed, Robert and Ant flew together with Bomber Command saving each other's lives many times. Ant became the mascot to Robert's squadron - he was the only mascot to fly on combat missions - and with his master survived many attacks from the Germans.

A truly remarkable animal, Ant was eventually grounded due to injury and at the end of the war was awarded the Dickin Medal, the 'Animal VC' for bravery!

This book is available at Christchurch City Libraries in book form including Large Print or as an audiobook on CD or on MP3 CD.

If you would like to read some other interesting stories about animals in war times you may also like to try the following books. 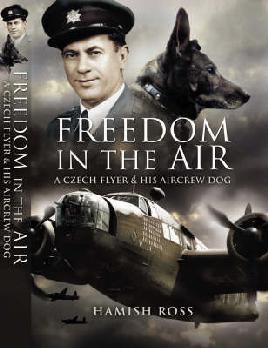 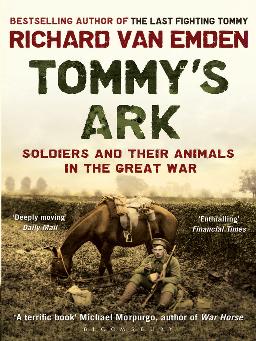