When we embrace spring in New Zealand, people in the northern hemisphere are celebrating autumn. This month, Chinese people will be celebrating the Mid-Autumn Festival中秋节, one of the most important traditional festivals in China. This festival is also called the Moon Festival or the Mooncake Festival. It is held on the 15th day of the 8th month of the Chinese Lunar Calendar when the moon is at its fullest. This year the Moon Festival falls on 21 September.

The Moon Festival was derived from the custom of moon worship in the Shang Dynasty (c.1600-1046 BCE). Since then, it has become an event of celebrating harvest in autumn. The well-known Chinese legend about Chang'e and Hou Yi adds more meaning to the traditional event. For ordinary people, the Moon Festival is a symbol of thanksgiving for the harvest and an occasion for a family reunion. The main activities during the Festival include making and eating mooncakes, making paper lanterns, and appreciating the moon. With the global migration of Chinese people, the tradition has spread to other parts of the world. Nowadays, people can enjoy these activities at home no matter where they live and what cultural background they come from.

Here are some titles you can find at the library about the Mid-Autumn Festival, its legend, mooncakes and the moon.

The Moon Festival is also a great occasion for appreciating traditional Chinese music. The Guzheng 古筝 is a Chinese plucked board zither frequently played during the festival. It originated in the Warring States Period (c. 475–221 BCE) and became very popular in the Qin Dynasty (221 to 206 BC). Both the number of Guzheng strings and the techniques used in playing the musical instrument have changed over time to meet different performing purposes. The Guzheng can be part of folk music ensembles or a solo musical instrument. 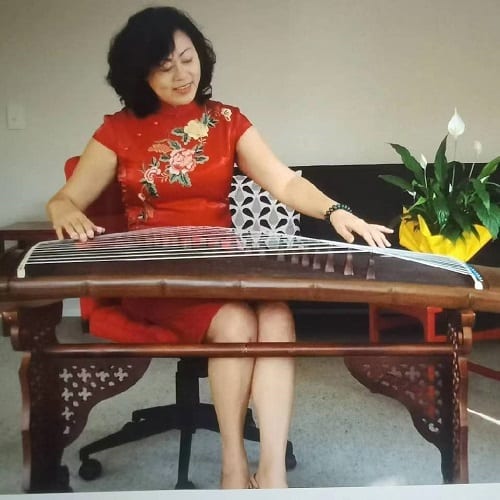 The following are well-known Guzheng pieces you may enjoy. 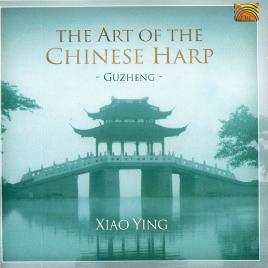 More on the Moon Festival and Guzheng Music

Special thanks to Lina Li for sharing her photo of a Guzheng performance. Lina is a Guzheng musician from the Chinese Community in Christchurch.