Every year the New Zealand International Film Festival screens a range of films over a two week period. The 2015 Christchurch festival runs from 7 August to 23 August.

Literary films at the Festival

Several of the films at the Festival are based on books, or are on the subject of writers. Portions of the following list have been kindly supplied by the Festival organisers.

45 years
Charlotte Rampling and Tom Courtenay are deeply affecting in award-winning roles as a retired Norfolk couple preparing for their 45th-anniversary party, when a ghost from the past raises awkward, long-buried questions. Based on a short story by David Constantine.
Search our catalogue for books by David Constantine.
The 50 year argument
Martin Scorsese and David Tedeschi’s doco celebrates 50 years of cultural and political debate in the pages of "The New York Review of Books" with octogenarian editor Robert Silvers, its tireless champion of intellectual freedom.
Search our catalogue for The New York Review of Books.

The diary of a teenage girl
An amazing gust of fresh air from the 70s! Starring Kristen Wiig, Alexander Skarsgård and the phenomenal Bel Powley as 15-year-old Minnie, who, brave, funny and ever true to herself, embarks on an affair with an older man.
Based on the novel by Phoebe Gloeckner.
End of the tour
“This charming and sensitive film about a five-day encounter between acclaimed late author David Foster Wallace and a Rolling Stone journalist is a transfixing human drama.” — Anthony Kaufman, Screendaily.
Search our catalogue for books by David Foster Wallace and Rolling Stone magazine.
Far from men
This gripping existential Western – North African style – sees Viggo Mortensen and Reda Kateb play two men battling to survive in 50s Algeria. Based on short story by Albert Camus, The Guest, and scored by Nick Cave and Warren Ellis.
Search our catalogue for books by Albert Camus. 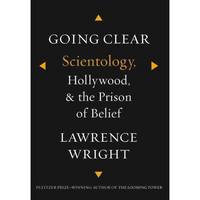 Going clear: Scientology and the prison of belief
Alex Gibney's documentary sensation, based on Lawrence Wright's best-selling history of Scientology and its apostates, gets the big screen treatment it deserves.
Search our catalogue for books by Lawrence Wright.
Holding the man
The memoir of a gay love affair that began at school when the author fell for the captain of the football team and ended in tragedy 15 years later is already a classic of Australian literature, and now an inspiring, heartbreaking film. Based on the memoir by Timothy Conigrave.
Search our catalogue for books by Timothy Conigrave.
How to  change the world
This rousing history of the ideals and origins of Greenpeace makes lavish use of video archives of early action – and examines the far-reaching conflicts that arose as the founders clashed about tactics and priorities. Based on Bob Hunter’s memoir "The Greenpeace to Amchitka: An Environmental Odyssey".
Search our catalogue for books by Bob Hunter.

Inherent Vice
“Paul Thomas Anderson has taken Thomas Pynchon’s novel about the death of the hippie counterculture and turned it, reasonably faithfully, into a surreally funny, anxious and beautiful film noir.” — The Telegraph
Search our catalogue for books by Thomas Pynchon.
Merchants of doubt
Scoring its points through clearly stated arguments and pithy humour, Merchants of Doubt examines the methods corporations use to stymie political actions that would be good for public health, but bad for their bottom lines. Based on Merchants of Doubt: How a Handful of Scientists Obscured the Truth on Issues from Tobacco Smoke to Global Warming by Naomi Oreskes and Erik M. Conway.
Search our catalogue for books by Naomi Oreskes and Erik M. Conway.
Peggy Guggenheim: Art addict
Present-day art world stars pay tribute in a lavishly illustrated profile of the arts patron extraordinaire who transformed a modest fortune and adventurous taste into one of the premier collections of 20th-century art.
Search our catalogue for books about Peggy Guggenheim.
Phoenix
The director and riveting star of Barbara reunite for another moving film noir-inflected tale of love and profound suspicion, this time set amidst the reconstruction of Berlin in the immediate aftermath of WWII. Based on a novel by Hubert Monteilhet.
Search our catalogue for books by Hubert Monteilhet.
Prophet's prey
This unsettling look into indoctrination within the Fundamentalist Church of Jesus Christ of Latter Day Saints is another essential work from one of the world’s finest documentary filmmakers, Amy Berg. Music and narration by Nick Cave. Based on "Under the Banner of Heaven" by Jon Krakauer, and "Prophet's Prey: My Seven-Year Investigation into Warren Jeffs and the Fundamentalist Church of Latter-Day Saints" by Sam Brower.
Search our catalogue for books by Jon Krakauer or Sam Brower. 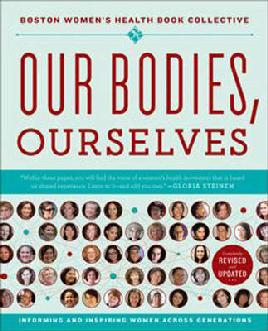 She's beautiful when she's angry
All the anger, joy and turmoil of the 60s–70s feminist explosion comes alive in a vivid documentary, blending the recollections of key US campaigners with archival action likely to astound anyone who wasn’t there. Numerous classic texts are referenced in this film, including Our Bodies, Ourselves.
Search our catalogue for books about Feminism.
Tale of tales
Drawing on the rich and lurid vein of Neapolitan fairy tales, Matteo Garrone’s lavish, eye-popping fantasy thrusts a stellar international cast into its wildly baroque world of kings, queens, hags and monsters. Based on "Il Pentamerone" by Giambattista Basile.
Search our catalogue for books by Giambattista Basile.
Very semi-serious
The New Yorker cartoon editor Bob Mankoff introduces his stable of oddball artists and guides us through the processes and philosophies that have kept publication in the magazine so highly prized for decades.
Search our catalogue for books by Bob Mankoff.

When Marnie was there
A shy girl makes a mysterious new friend while convalescing in a sleepy seaside village in this gorgeous Studio Ghibli adaptation of the children’s novel by Joan G. Robinson. Animated by Yonebayashi Hiromasa (Arrietty).
Search our catalogue for books by Joan G. Robinson.
Women he's undressed
Gillian Armstrong’s doco celebrates the colourful Orry-Kelly, the Australian-born designer who dressed Bogart and Bergman in Casablanca, Marilyn Monroe in Some Like It Hot and Bette Davis in many of her greatest roles. Based on Orry-Kelly's yet to be published memoir, Women I've Undressed.
Wrinkles
The subject of old age gets the kind of attention it deserves but is too rarely afforded in this funny, affecting and sugar-free animated tale of the survival strategies devised by two old men in a nursing home. Adapted from a comic strip by Paco Roca.
Search our catalogue for books by Paco Roca.