With the high profile and highly recommended new Netflix adaptation of Neil Gaiman’s The Sandman comics, it’s a good opportunity to catch up one of the most radical and influential periods of mainstream comic book culture.

The Sandman, now cemented as one of the most important comic books in modern history, lauded by the likes of Alan Moore and Norman Mailer, was the flagship title for DC’s adult-oriented imprint, Vertigo. Vertigo began in 1993, following the early success of The Sandman, as well as that of other DC adult-themed titles like Watchmen and Batman: The Dark Knight Returns. One of the key new elements for Vertigo was DC’s willingness to ditch the Comics Code Authority (CCA) for the new imprint, freeing its writers and artists from the voluntary 1950s-era moral restrictions on content. In the 2000s the CCA was been effectively abandoned by all comic book publishers, but in the early 90s this put Vertigo ahead of the pack.

While The Sandman began as a regular DC title, it was shifted to Vertigo to launch the new imprint – in order to free up Gaiman’s writing, but also to complement and promote a roster of writers and artists who were pushing at the boundaries of what was possible in a mainstream comic environment. It was seen as so important to the new imprint that Vertigo’s first original title was Death: The High Cost of Living, a Gaiman spin-off from The Sandman.

Gaiman’s ground-breaking work is justifiably the most famous of the early Vertigo work, but the titles below have all, in their own strange ways, carved out new territory for comic books and comic book readers. Some were established titles, some brand new, but all showed the same mix of radical storytelling techniques, literary influences, provocative storylines and outrageous characters. You may be familiar with many of them, if only for the high profile film and television adaptations some have had in the streaming era.

Exploring the world of Vertigo

We begin, of course, with The Sandman.

A story about storytelling, it was an apt way to launch an imprint that allowed writers to rewrite the book on comic book storytelling. Dream, the titular Sandman and Lord of Dreams, returns from nearly a century trapped on Earth to discover his kingdom, the Dreaming, the place where all dreams and nightmares originate, has fallen into chaos in his absence. He must gather his tools and his allies and rebuild his kingdom anew to avoid terrible consequences in the waking world.

Gaiman wove into his tale myths and legends from all over the world, literary references, real-world events and even regular DC superheroes to create a vast story that examined what it means to tell a story or dream a dream. This metaphysical and self-referential style would reveal itself in a number of Vertigo titles that followed. I recommend starting with volume one of The Absolute Sandman, a collected reissue recoloured under Gaiman’s supervision. 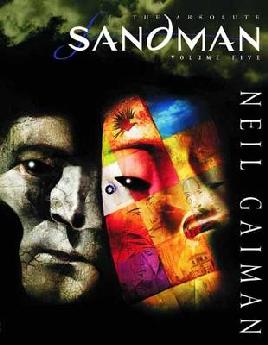 Another title folded into Vertigo after an established run was the long running magic and horror epic, Hellblazer.

Originally Alan Moore’s creation, magician and con-man John Constantine debuted in Swamp Thing in 1985. The hard-drinking, chain-smoking, swearing anti-Harry Potter became the one of the longest running and most successful titles for Vertigo. Running from 1988 to 2013, Hellblazer was headed by numerous writers and artists, but delivered stories consistently filled with equal measures of black humour and horror.

Though it predates the join with Vertigo in 1993, I’m recommending the acclaimed Garth Ennis story "Dangerous Habits” wherein Constantine, master con-artist, attempts to con his way out of terminal lung cancer. This story explains the character better than any other. 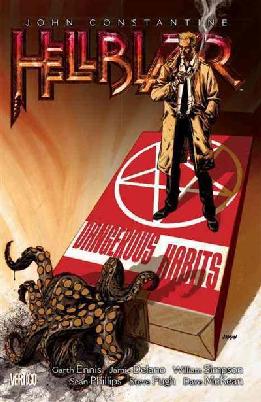 Recently adapted for television, reasonably successfully, by AMC and Seth Rogen, Preacher follows Jesse Custer, a reluctant ex-con preacher possessed by possibly the most powerful being in the universe, Genesis. His mission: to find God – but not in the usual sense. In Preacher’s cynical universe, God has abandoned Heaven and Custer spends seventy five blood-soaked and blasphemous issues hunting him down in a gory exploration of religion and the Church in contemporary America. Controversial in the 90s and still holding the ability to shock with its gruesome humour, Preacher may be an acquired taste for some.

Not all the Vertigo line were horror-influenced. One notable exception, and arguably an exception from all other comics, was The Invisibles.

Created and helmed by comics auteur Grant Morrison, The Invisibles was designed, like The Sandman, to riff on the concept of storytelling. Where Morrison took this, as he did in a number of his 90s titles, was as different from Gaiman’s work as you could imagine.

Running from 1994 to 2000, Morrison designed The Invisibles as a kind of magical sigil with the hope that, by rewriting the universe, he could change it for the better. A conspiracy story to end all conspiracy stories (back when conspiracy stories were still the purview of the Left), The Invisibles followed a group of unlikely international coldblooded assassins, transgender magicians and hooligan Bodhisattvas as they fought an underground war against the Archons, the embodiments of control, conformism, greed and other nasty human tendencies. No single paragraph can do justice to the psychedelic scope of this comic. Needless to say, Morrison had a huge influence on the next generation of comic book writers and readers.

Continuing with that influence, Morrison had a wide-ranging palette in the 90s, before his later success writing the likes of Superman and the X Men, and two more of his titles are well worth including here.

Doom Patrol, currently adapted for television by HBO Max, was at its mind-mending best in the hands of Morrison. While his original issues were not released under Vertigo, all subsequent trade paper backs had the Vertigo title, so I’m including it here. A failed superhero project from the 60s, revived for a 90s audience, Morrison tore into the story, reinventing a Fantastic Four rip-off as downtrodden, failed meta-humans with mental health and family issues, who nevertheless find their place battling the most bizarre villains of the DC Universe.

Predating The Invisibles, Animal Man found Morrison testing out his metanarrative ideas. Taking another somewhat underwhelming 1960s superhero idea, he spun a metaphysical tale of self-discovery and deconstruction of the superhero genre. Morrison demolished the fourth wall, allowing Animal Man Buddy Baker to realise his nature as a fictional character. Followed by writers Peter Milligan and Jamie Delano (both of whose work you’ll read in Hellblazer) who doubled down on the strangeness, Animal Man eventually transcended the superhero genre entirely. 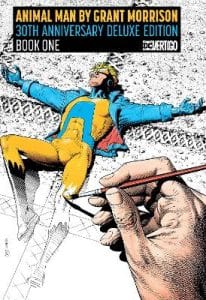 One of the more prescient titles on this list, Warren Ellis’ Transmetropolitan took classic dystopian cyberpunk tropes and used them for a sharp critique of American society, particularly the corruption of successive US presidents. Satire that seemed wild and inventive in the 90s may cut a little too close to the bone now . . .

Nevertheless, the tale of journalist Spider Jerusalem’s wild crusade against political injustice is well worth the ride. Joining Vertigo in its second year, it ran for five years in the late nineties, updating the Hunter S. Thompson gonzo myth for the internet age. 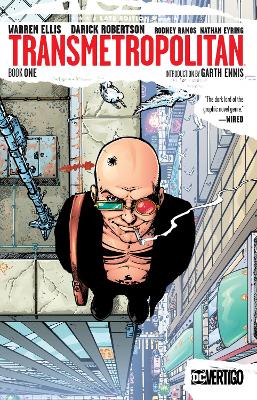 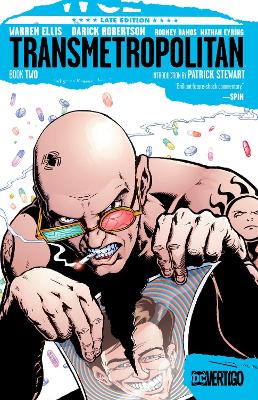 Y: The Last Man, and Fables

By the early 2000s Vertigo was perhaps losing some of its steam. The roster of writers it had built its name on had mostly moved on to other projects, often with mainstream DC or Marvel titles, reinvigorating established superheroes. New titles never quite gained the traction of The Sandman or others above, but some very good work still appeared, notably Brian K. Vaughan’s Y: The Last Man and Bill Willingham and Mark Buckingham’s excellent Fables. 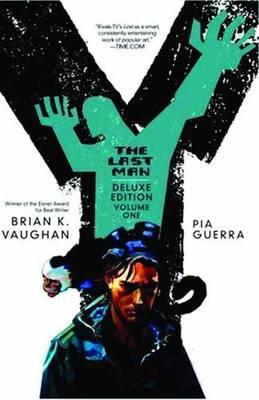 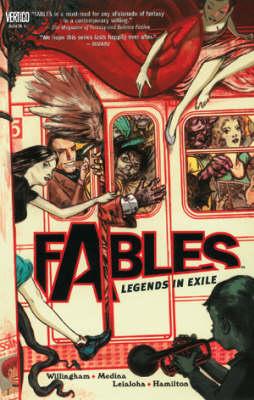 The imprint was folded back into DC in stages and finally ended in 2020. Numerous television and film adaptations of Vertigo titles are still being churned out, often to very mixed results, but the greatest of the imprint’s titles, The Sandman, seems to have found its new audience.