"Yet across the gulf of space, minds that are to our minds as ours are to those of the beasts that perish, intellects vast and cool and unsympathetic, regarded this earth with envious eyes, and slowly and surely drew their plans against us."  H. G. Wells (1898), The War of the Worlds.

The year is 1921. Britain has recovered from the Martian Attacks of 1907. Yet it is a Britain much changed. 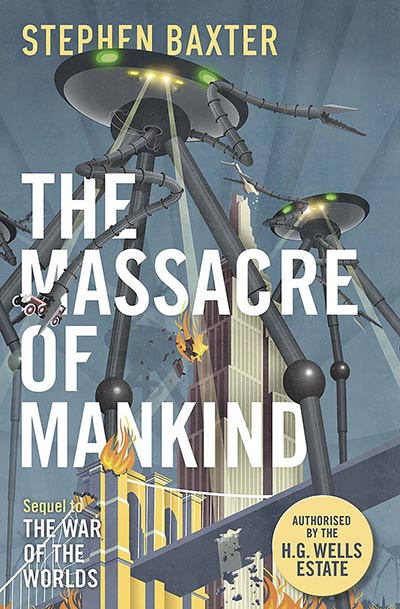 Immortalised in Wells' narrative (1898), Orson Welles' radio show (1938), Jeff Wayne's stage show (1978) and several movies, these are big boots to fill with high expectations from purists of the genre. Easy when you're the next Arthur C. Clarke?

I think Stephen Baxter does an incredible job. He switches things up using a several personal accounts; all minor characters from the original. His text reflects Wells' Victorian idiom and his story of a second invasion connects seamlessly with the original narrative.

Baxter has fun messing with history in this story. He credibly suggests how the Martian incident could have changed Britain forever. In Baxter's world Lloyd George and Churchill play second fiddle to a Martian War hero named Marvin. England has discomfortingly aligned itself with Germany and adapted Martian technology to protect itself from the possibility of a second attack.

This is so good that at times I could hear the voice of the narrator from the Jeff Wayne version while reading it.

“We seem to be young, in a very old Galaxy. We're like kids tiptoeing through a ruined mansion.”   Stephen Baxter

The Massacre of Mankind
by Stephen Baxter
Published by Hachette New Zealand
ISBN: 9781473629158

The Massacre of Mankind