Christchurch City librarians talk about the impact of Margaret Mahy and her work.

Readers all over the world have connected with Margaret Mahy's words. Christchurch City Librarians have a special connection - she used to work with us!

In this photo, Margaret wears one of her trademark wigs while getting ready for Christmas in the old Children's Library.

Sadly I never meet Ms. Mahy but a book I loved from my childhood is 17 Kings and 42 Elephants. The pictures are vibrant, the rhythm is funky, and while Lewis Carroll gets so much glory for his portmanteaus our Margaret Mahy is quietly creating joyful whimsy with “twangling trillicans”, tigers “drinking lappily” and “big baboonsters” swinging from their knees. I still hear my Dad’s voice when I read this. It was one of the first books I looked for when I knew I’d be working in the children’s area of the library. – And it’s still got it! 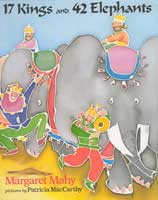 They are both fun stories with great illustrations and there is also a nice theme through them about living life with more colour and freedom and joy and doing the things that make you happy even if it’s not every ones idea of happiness. I like to think adults get something out of reading them too. 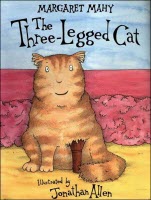 Yes I certainly have a favourite Margaret Mahy book…all of them!!!! They are all so unique and diverse and really depends on matching the customer with the one that I think would work for them. They range so much in age group as well as genre that it’s hard to say which one I recommend most, unless I knew more about what the customer wants. I can honestly say I would of read most that she wrote and have many of them in my own collection at home.

I watched Margaret perform to children Down the back of the chair at the old Central Library and she had the audience spellbound with her energy and passion. I was also lucky enough to be invited to her apartment at Cranmer Courts and was amazed at her ability to draw a very young star struck librarian out of her shell and to listen to every word I said! 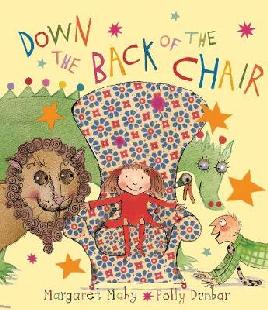 For me it’s The Changeover. I first heard it read on a children’s holiday programme. They used to run them on the ZB radio station years ago when my kids were at school. I’ve since read it. For 11 upwards perhaps. Depends on the avidity of the reader really. It has got notes of fantasy, magic and has you gripped.  Great read. 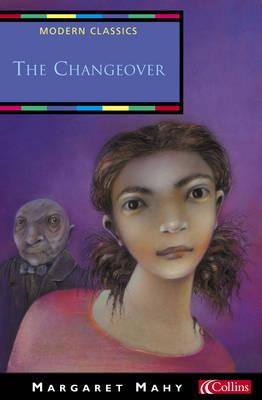 My favourite Margaret Mahy book is The Three Legged Cat. It’s a picture book with a perfect solution at the end. I love Margaret’s imagination and sense of fun.

When I was working in the Centre for the Child at Christchurch Central Library Margaret would sometimes come in to say hello. Once while I was taking a class visit of Christchurch East Juniors she came over and they greeted her with great enthusiasm. They all knew her as her granddaughters went there. She then recited the whole of Down the Back of the Chair and said she wasn’t sure if she would publish it as a poem or a story, or what she’d do with it.

Another time she came to the Children’s Library dressed as a penguin for her book launch of The riddle of the Frozen Phantom. She had been on a trip to the Antarctic as research for the book and shared some of her experiences with us.

I also remember her telling us that she got herself a tattoo as part of her research for her Young Adult book Twenty-four hours.

Margaret was always a warm and approachable person. She loved stories and she loved children. 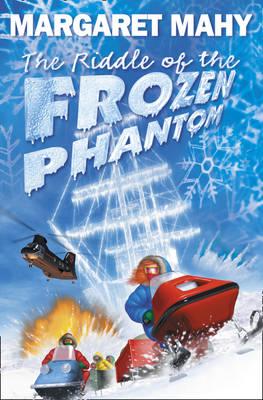 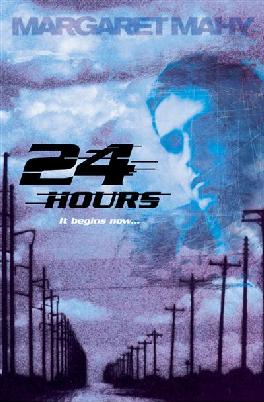 My favourites are: The Witch in the Cherry Tree and The Great White Man-Eating Shark.

I had a great interaction with a fan/friend of hers - Tessa Duder. Tessa Duder had a lot to do with MM, and edited some of her books. When preparing to speak about her book, First Map, Tessa asked to see the portrait of Margaret Mahy. She spent a few quiet moments with her before carrying on to deliver her book launch.

I met MM in Wellington at National Library, at the 100 years of the NZ School Journal celebration. Resplendent in her rainbow wig, Margaret had time for everyone. She signed my journal, "From one Librarian to another." A treasured possession! 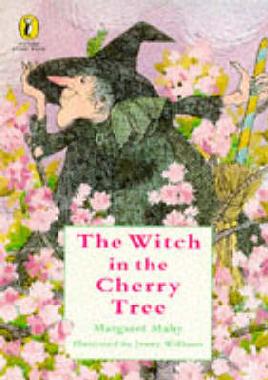 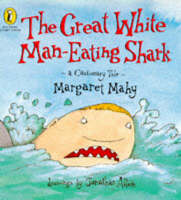 A Summery Saturday morning has always been my favourite.

I remember being at school when it was published.

It can even be sung (Margot at Fendalton does it amazingly).

Apart from A Lion in the Meadow my kids loved Leaf magic. 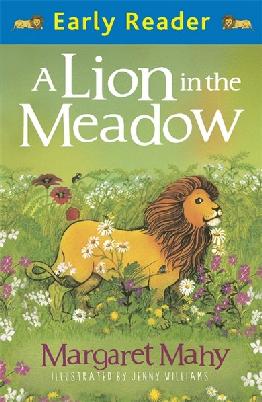 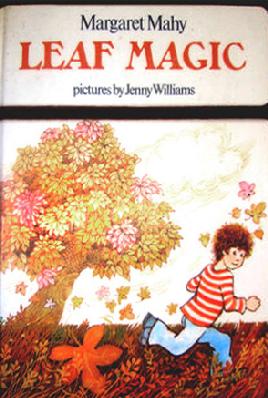 This is one of my favourite stories, but first the context.

I had never heard of Margaret Mahy, much less knew what she looked like, before I started working for the Libraries, and when this conversation took place I had been in been working here for less than a year as a Library Assistant.  I was doing a 3 month secondment in the Centre for the Child at the old Central Library on Gloucester Street.  So this conversation must have taken place in about June or July 2008, so overall I was absolutely new to Libraries, the job and children’s books.

Anyway to the story.

I was due to have a coaching session with my Team Leader in the workroom one afternoon.  At the specified time, Louise wasn’t at her desk so I checked next door in the staff tearoom.  She was there, deep in conversation with an elderly lady (I had no idea it was), so I went back into the workroom to wait for her.  After about 10 minutes, Louise still had not turned up so I went back to find her still talking with the elderly lady and other staff, so I joined them, no-one seemed to mind.

I got chatting to the elderly lady, she was delightful, and an excellent conversationalist. I cannot remember how we got to talking about the Tudors; I love history and have studied the Tudors a lot, so found this fascinating and great fun.  Anyway we got discussing who our favourite Tudor was, she stated that is was Henry VIII; he was bold, bright exuberant, a true renaissance Prince and mine is his father Henry VII. I disagreed with her about Henry VIII saying that he was misogynistic, a bully, only able to do what he did as his father Henry VII had been a built up enough money in the Treasury to fund his extravagant and wasteful lifestyle, and everyone likes Henry VIII so such a boring choice. She stated that Henry VII was cold, calculating and dull in comparison (which is absolutely true) so why would anyone like him? We were both having a lovely if somewhat robust conversation!

Anyway I realised that I should get back to work and find Louise for my now very delayed coaching session (not that anyone had come to find me or stop our conversation!)  So I went back into the workroom and my desk, where I found my colleagues looking at me with horrified expressions on their faces (their faces were absolute pictures!!)  They asked me if I had any idea with whom I had been talking to or basically arguing with, and saying that her ideas were boring and I might even have said passe, to which I replied no, I had no idea.  Their response was to look even more horrified!  They then told me that she was Margaret Mahy, the most famous children’s author in New Zealand.  Of all the people in New Zealand to say that their opinion was boring and passe, I had said it to Margaret Mahy!

Ignorance is bliss as they say – which is absolutely true in this case.  It would never have happened if I had known who she was.  I am so glad it did – it will be one of my favourite memories and she was an absolute delight to talk to and did not seem to mind me disagreeing with her at all!

Apparently she used to stop by the old library and chat to all her old colleagues, many of whom had worked with her, and that was what she was doing that afternoon.

Librarian tributes to Margaret Mahy on her death in 2012

It's over 20 years since I first read it but my favourite book is still The Changeover by Margaret Mahy ... If you'd asked me at the time what if anything I had "learnt" from that book, I would probably have said "to avoid creepy old men who run antiques shops" or at a push "to trust your instincts". But now that some time has passed, what I understand is that what I really learned from that book, what Margaret Mahy was good enough to want to teach me, was that a part-Māori girl living in the Christchurch 'burbs could still be the heroine of her own story. She could be brave and scared but achieve extraordinary things.

Read more: What I learned from Margaret Mahy by librarian Moata Tamaira on her Stuff blog Blog Idle.