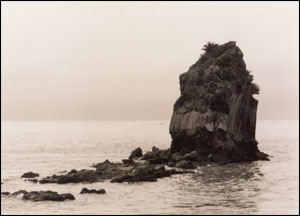 Rapanui stands vigilantly at the entrance to the Ōpāwaho/Ōtākaro (Heathcote/Avon) estuary.

This distinctive rock, known as Rapanui since Waitaha times, is one of the oldest landmarks of Te Wai Pounamu (South Island).

Rapanui means the great sternpost. It marked the way into the estuary, a guiding stone indicating the vast wetlands beyond that in pre-pākehā days extended across the present site of Christchurch as far as the shores of Waihora.

This area was once rich in shellfish, flatfish and birdlife and was a famous source of eels, waterfowl, and various types of harakeke.

Rapanui after the earthquakes

The February 2011 earthquake epicentre was shallow and very close to Sumner and had a significant impact on this well-known landmark.

Geologically referred to as a “sea stack”, Shag Rock is a volcanic remnant of coastal erosion processes that have been underway for a long time. However, the earthquake has sped up this process and as a result the rock stack is now only half its former size.

Although much reduced in size Rapanui continues to stand now as a rock pile at the entrance to the Avon-Heathcote estuary and all the lands that lie beyond. 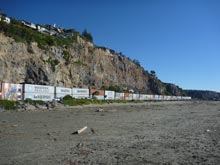 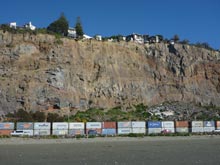 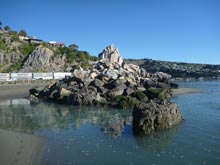 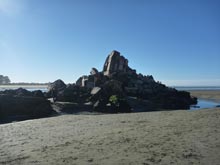 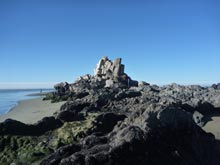