We have a lot of wonderful (and often hidden), talented artists in Ōtautahi/Christchurch. Recently I’ve been making a point of listening to them while doing my favourite walks in and around the city. Below are some of my favourite pairings. 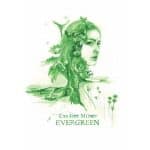 I have been quietly obsessed with this album ever since I first stumbled across her hit ‘Run for It’ in 2016. Poignant and haunting, this album makes me think of the different ways I’ve spent time in Pūtaringamotu/Riccarton Bush: lazily walking with my friends, picnicking outside watching the trees move, taking a quick jog, or just having a moment of calm in the middle of a bustling city.

Candice Milner is an indie-folk songwriter based in Lyttelton. She has since produced another album Depressional Season, available at music stores, Apple Music, TIDAL, and Spotify. 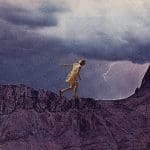 Delightful, fun, with the best mixture of whimsy and sincerity, Mousey has such a distinct style that I often pair with my walks out by the Waimakariri, like the McIndoe Track. Flat stones, tall grass, the river deciding to be a tiny string of water or a large force to be reckoned with. My favourite track is ‘A Lifelong Pursuit’, which to me is a love letter to acknowledging passing joys and hurts with friends.

Mousey is a Christchurch-based artist. Lemon Law was her debut album released in 2019. Her albums are available at music stores, and on Bandcamp, Apple Music, and Spotify. 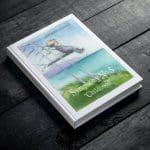 Playful, grandiose, mesmerising. Ritchie's latest composition is a treat for the ears, and makes me feel like I've tripped onto a movie set as I make my way along the Crater Rim walkway, with moments of light whimsy, deep disquiet and a fantastically fun section where a saucepan is being hit with a wooden spoon? And as a bonus, at 43 minutes it is the perfect length for an after-work walk as the sun is setting.

Rooster
Adam Hattaway and the Haunters 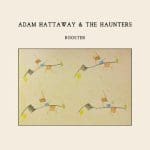 Rooster is just the perfect album to pair with pounding the pavement around my block, as I found myself doing repeatedly during my stint of working from home this year. Down-to-earth, relaxed, and deeply honest, it pulled me away from back-to-back hours of staring at screens and forced me to reflect on how I was actually feeling – not always comfortable, but definitely needed. The steady beats kept me grounded as I made a study of the never-ending styles of mailboxes – ‘Back in Jail’ struck a particular chord.

Rooster is their most recent album, and their combination of 60s swing and 2020s realism is a real treat. Their music is available at music stores, and on Bandcamp, Flying Nun and Spotify.

Dance With Me Before We Cry
There's a Tuesday 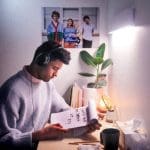 There are no CDs of this Christchurch-based band. If there was the library would have them. Their style is aptly described as indie dream pop – light, quirky and perfectly paired with a walk by New Brighton, either strolling on top of the pier or building a haphazard sandcastle beneath.

It’s a difficult exercise, picking a favourite track from the album. They’re all so good! Maybe ‘Dandelions’ on a sunny day or ‘Nightmare’ when it’s dark and stormy.

Their music is available at music stores and on Spotify. 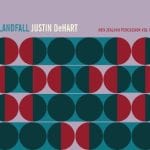 And now for something completely different. Contemporary instrumental music isn’t always my thing, often it’s just a bit…odd. But the ethereal chimes heavily featured in this album won me over. I’d highly recommend having a listen while walking through Waitākiri/Bottle Lake Forest Park – ‘Scales & Taonga’ is particularly fun with the fairy forest.

Featuring pieces written by a selection of wonderful New Zealand composers, the tracks are performed by Justin DeHart. Justin is a Senior Lecturer in Music at the University of Canterbury in Performance – Percussion.

Want more Christchurch music? Check out our catalogue.
Find out more about music in Ōtautahi Christchurch.