I finally got around to watching the fabulous 2014 New Zealand film The Dark Horse (better late than never right?), featuring Cliff Curtis as Genesis Potini, former chess champion and battler with mental health issues. The film follows his attempt to coach the local kids' chess club The Eastern Knights, and get them to the national chess championships in Auckland.

No sooner had I watched this movie, then the very next day when working at Linwood Library, a young Māori boy invited me to play a game of chess with him. Having never played, I sat down with him and got a super fast education in what can move where and which piece beats all others.

Unsurprisingly I was beaten in no time flat. Perhaps I might need to nab a one of the many chess books we have for a crash course in how to play, or better yet try learning by doing, at one of the Chess clubs in Canterbury.

However, given the length of time it took me to see a movie about chess, I'm not holding my breath about learning to play anytime soon! Have you tried playing chess? 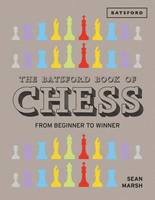