There was a full house at The Piano last night for the WORD Christchurch Shifting Points of View season, buzzing to hear activist DeRay Mckesson talk about resistance and hope. The day before, he spoke to a crowd of 2000 plus at TEDxChristchurch. Now he was in conversation with Christchurch playwright Victor Rodger, talking about his book On the other side of freedom: The case for hope. Deray is smart, talks fast, and has a truckload of stories (about protests and police violence, but also ones involving Beyonce, Alexandra Ocasio-Cortez, and Barack Obama).

It's five years since the protests at Ferguson after the fatal shooting of Michael Brown by police officer Darren Wilson galvanised opposition. Deray was there, tweeting and sharing stories from the front line, he was a town crier - getting the news out about what was happening. How have things changed in those five years? Well, the police have killed more people since then, not less. What has changed is that people understand that there is something structurally wrong, that racism is embedded in our systems. Structures, policies, and laws protect the police. Police kill 1200 people a year. 97% of those killings don't result in any charge. Of those that are charged, 99% are not convicted.

DeRay talked about use of force policies, and how the police shooting at people in cars leads to collateral deaths. People can't file anonymous complaints about police, and data on police shootings comes from media reports. We learned that grainy bodycam footage is intentional (the devices are made by the same company that makes tasers),  and police are taught in camera workshops to ensure the footage is only equivalent to the human eye when it could be much sharper.

DeRay told stories from the protests. He talked to journalists on TV as they tried to twist words, but there were magic moments when the protestors one upped the police - dividing into two groups, playing hopscotch with old white women at intersections, or even conducting a sit in in a police department:

I saw people do things that were ingenious.

DeRay's talk contained lots of insight about what resistance and protest really mean. We learned about teargas (it's colourless and sticks to everything and is like menthol on your face), pepper bombs (they just make you sneeze), and smoke bombs (they don't hurt, but you can't see anything). Also:

People are in love with the idea of resistance, but not with the work of resistance. People started to romanticise what struggle looks like.

When people complained about being inconvenienced by the protests, he came back with:

We want you to feel a modicum of the pain we feel every day.

He was consistent in praising others for their hard work, and in not wanting to claim authority for being a leader in the #BlackLivesMatter movement. He pushes back about people's love for hierachy, and says the organisation was far more democratic.

Victor asked DeRay to give some advice to the white people in the audience. DeRay was clear - white people have a job to do; they need to undo whiteness. They should be accomplices, not "allies". An accomplice is right next to you, and has something on the line.  White people will hear people say racist things, and should call them out  - if you hear racist sentiments, and say nothing - your silence is sunlight to make racism grow. "They will say things around you, you have to be willing to fight in those moments of press":

Don't let people off the hook when they say things. Use your privilege to fight for things that don't affect you in the moment. Fight the fight where you are.

When I got home, I read this story on my phone which was a perfect example of bystanders not calling racism out:  Young Māori waitress calls for apology after racist abuse

The main thrust of what DeRay had to say was HOPE and WORK. Hope is not hokey, it is the way to make tomorrow better. He referred to Dr. Martin Luther King Jr.'s quote “The arc of the moral universe is long, but it bends toward justice”. DeRay characterises hope as that bending work, it is people who make that bend.

On page 7 of his book (you can read it in this excerpt) he says:

Hope is the belief that our tomorrows can be better than our todays. Hope is not magic; hope is work.

Let's get to the work, DeRay says. 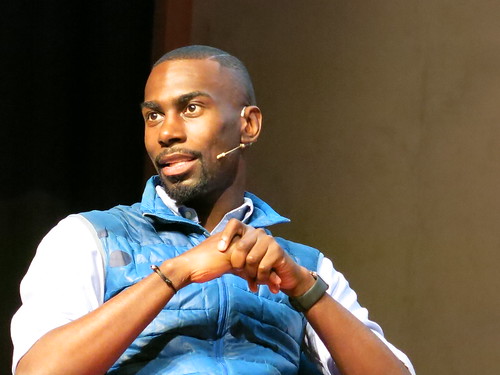 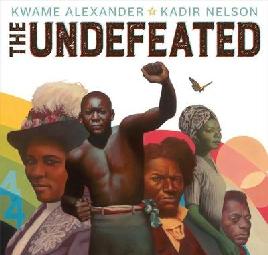