On Friday 30 August I had the pleasure of attending the 'A cabinet of curiosities' lecture, part of WORD Christchurch Shifting Points of View 2019.

Night swallowed the Arts Centre as I rushed inside Rutherford’s Lecture Theatre. Floorboards creaked as I tried desperately to sneak up the stairs, finding a space at the long wooden desks. The desks themselves are a work of art, with 19th century graffiti preserving names of past visitors and users of this place. It's amazing seeing how deeply carved into the wood they are, preserving  echoes of Christchurch's past.

Rachael King - Dragons, snakes and crosses: The world of tattoos

Rachael King (Literary Director of WORD Christchurch) welcomed us all in, and began with an unusual curiosity - tattoos. Rachael addressed the room, asking everyone if they had a tattoo - only one person put up their hand up. Personally, I think many people had them - but was too embarrassed to be placed in the spotlight! She pointed out that one in three people in New Zealand have tattoos - which in western society was a well known marks of sailors, prisoners, slaves and soldiers. Originally taken by the criminal world as a symbol for criminal activity, this all changed in 1862. She paused for dramatic effect.

Edward the VII or Bertie as he was known, shocked the Victorian masses by (allegedly) getting a tattoo! The tattoo was of a Jerusalem Cross which was tattooed on his arm on a visit to the Holy Land. Later on, while on a visit to Japan in 1882, his sons the Duke of Clarence and the Duke of York (later King George V), both had dragons tattooed on their arms (allegedly). However, this wasn't unheard of with the rich and royal. King Harold II of England was known for his number of tattoos, and were used to identify his body after his death at the Battle of Hastings in 1066.

So, why did it suddenly become popular - especially with the rich, aristocratic and royal?  As Rachael King pointed out, this was because of royals and popular socialites making it 'desired and fashionable.' Sutherland Macdonald was a prominent English tattoo artist in the late 19th century and early 20th century, who had an identifiable premises and the first tattoo parlour open to the public. It had beautiful chaises, velvet curtains, elegant artwork and drinks - making it into a relaxing and entertaining parlour. Hence, the term tattoo parlour. He worked first with hand tools, and in 1894 received a British patent for his electric tattooing machine. Sutherland was also responsible for cultivating the term tattooist. Apparently, even Winston Churchill's mother had a snake tattooed on her wrist. As time went on however, it fell into the land of oddities, and eventually was only sported by outcasts of society or 'freaks' on carnival shows.


Nora Hildebrandt (pictured) was one of the first tattooed ladies.

While tattoos did appear on the odd aristocrat, socialite or criminal, it still hadn't made a comeback. Tattooing was actually banned in York during 1961 due to hepatitis scares and outbreaks - and was banned for a total of seven years! This didn't stop people though, and with the emergence of punk rock in the 1970s began the revival of tattoos.

Rachael concluded with the normality of tattoos now, and although it can still be a taboo subject, is making leaps and bounds in modern society.

Stay tuned for the next tiny lecture: Dr. Simon Pollard - Death, cemeteries and spiders (oh my!)

Want to know more about the curiosity of tattoos? How about trying this intriguing reads!

Tattoos are capable of reflecting both their owner's style and interests as well as advertising the talent of the artist involved. With tremendous skill and vision they are able to transform skin into canvas, working with their clients to produce artwork that is unique and meaningful. Combining motifs from contemporary art and design trends with traditional methods, the artists of today push the boundaries of the expected. Ink The Art of Tattoo includes interviews with some of the global masters in the field as well as a gallery of flash art and exquisite photography throughout.

This book explores the artistic nature of tattooing and celebrates its living, creative, changing essence. Alongside the omniscience of tattooing throughout the world for thousands of years, presented through rare artefacts, the book pays tribute to the pioneers of the modern era, those responsible for its great transformation into the mainstream. Tattooing has become one of the most dynamic artistic currents of our era and is ever-evolving, despite the great revolutions the art has undergone. This book looks to its foremost representatives, the tattoo artists themselves, the guardians of the temple. With this in mind, two types of contemporary workshop creations have been produced. The first one presents thirteen silicone models, thirteen extracts of the body, prints modelled from actual people, used by tattoo artists in the exercise of their art, machine worked or using traditional tools, depending on their daily practice. In search of a mise en abyme, blank canvases were offered to other artists, in the classic application known as body suit. The artists featuring in the book are world recognized. All active continents are represented: Europe, America, Asia and Oceania. All practitioners are respected by their peers for their contribution to the art. Finally there is a series of photos presenting the two most recent currents in modern tattooing, a locker room of aesthetic graphics that firmly root tattooing in the third millennium.

In the traditional Maori world, the moko, or facial or body tattoo, was a sign of great mana and status. Male warriors wore elaborate tattoos on their faces and bodies; women took more delicate chin tattoos. After almost dying out in the twentieth century, Maori tattooing is now experiencing a powerful revival, with many young Maori wearing the moko as a spectacular gesture of racial pride. Mau Moko is probably the most magnificent book ever produced about the moko, from pre-European times to the present day. It examines the use of tattooing by traditional and contemporary Maori and links it to other aspects of Maori culture. Gender issues are considered along with tattooing techniques both old and new. The book features case studies of modern Maori who have made a personal decision to be tattooed; the role and status of the tattooers; exploitation of the moko in popular culture around the world by figures such as rock singers and football players.

The Sāmoan Islands are virtually unique in that tattooing has been continuously practised with indigenous techniques: the full male tattoo, the peʻa has evolved in subtle ways in its design since the nineteenth century, but remains as elaborate, meaningful, and powerful as it ever was. This cultural history is the first publication to examine 3000 years of Sāmoan tatau. Through a chronology rich with people, encounters and events it describes how Sāmoan tattooing has been shaped by local and external forces of change over many centuries. It argues that Sāmoan tatau has a long history of relevance both within and beyond Sāmoa, and a more complicated history than is currently presented in the literature.

Discover the true meanings behind over 200 popular tattoos with this comprehensive book, illustrated with over 100 tattoo designs. From sailors' swallows and Mexican skulls to prisoners' barbed wire and intricate Maori patterns, tattoos have been used as a means of communication by cultures all over the world for thousands of years. Through meticulous research, The Tattoo Dictionary uncovers the history of the most popular symbols in tattoo history, revealing their hidden meanings and the long-forgotten stories behind them in this beautifully packaged book.

The Tattooist of Auschwitz

This novel is based on the true story of Lale and Gita Sokolov, two Slovakian Jews, who survived Auschwitz and eventually made their home in Australia. In that terrible place, Lale was given the job of tattooing the prisoners marked for survival literally scratching numbers into his fellow victims' arms in indelible ink to create what would become one of the most potent symbols of the Holocaust. Lale used the infinitesimal freedom of movement that this position awarded him to exchange jewels and money taken from murdered Jews for food to keep others alive. If he had been caught he would have been killed; many owed him their survival.

A Cabinet of Curiosities: Tiny Lectures on the Weird and Wonderful Friday 30 August 7.30pm at Rutherford's Den Lecture Theatre

Step right up and discover something strange! We have gathered together a delectable collection of short and intimate lectures on curious subjects, from experts and amateur enthusiasts, delivered in the characterful surrounds of Ernest Rutherford’s own lecture theatre. What will you see? What will you get? You’ll have to come along and find out. With bestselling British author and adventurer Simon Winchester, writer and WORD Programme Director Rachael King, novelist and recovering scientist Tracy Farr, art and history enthusiast Lana Coles, and science writer Simon Pollard. 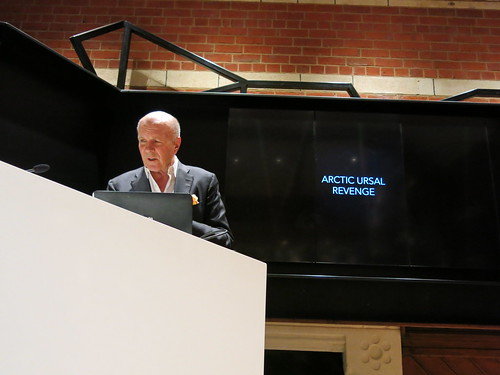