The Christchurch Town Hall foyer is abuzz on a hot summer evening as a well-shod and somewhat glam throng gather to witness the wonder that is Jonathan Van Ness. People in the foyer are wearing sequins... on a Tuesday. I spy at least two pairs of fantastic shoes that I would fight someone for.

When Netflix's Queer Eye reboot came out in 2018, I wasn't sure if I'd like it and, to be fair, Jonathan Van Ness, the silken-haired hair and beauty expert of the ensemble was... a lot. Five minutes into the first episode I wasn't sure if I'd be able to tolerate his relentless, high-energy positivity for a whole episode, let alone a full season. By the time the "Next episode" button appeared on my screen I wanted to adopt him. His charm is as overwhelming as a iridescent glitter-dusted rainbow - sure, you could fight it but it's just easier to let it wash over you. The thing about Van Ness is, even though it seems like nobody could really be that bouncy, upbeat and filled with compliments... he's not faking.

He opens his live comedy show clad in a silver gymnastics leotard. He does a series of leaps, back flips and somersaults with varying degrees of grace. He is six feet tall. It is quite something.

His show "Road to Beijing" is ostensibly about his love of gymnastics and his desire to make it to the aforementioned Olympics, but he is unabashed about admitting that really, it's just his way of living his best life - by including it in his show he is technically a professional gymnast. Self-indulgent? Maybe. A crowd-pleaser? Definitely.

But it's not all bedazzled leotards and great hair. Van Ness's memoir Over the top: My story  came out last year and it's a raw and sometimes heartbreaking read and his show touches on some of the same ground (without being repetitive). I expected the book to be heavy with Van Ness-isms "HUNNY". And they're there, certainly but only lightly sprinkled. He's had some dark times in his life including childhood sexual abuse, sex addiction*, and finding out that he was HIV positive at the age of 25. It's not a preachy book but life lessons are learned.

He has certainly taken to heart the grit and determination of Olympic gymnast Kerry Strug who in his show he identifies as a personal hero of his. We are all told to "Google her" (a Christchurch audience not being fully au fait with American gymnasts of the 1990s) so we could fully appreciate her efforts at the 1996 Olympics in Atlanta. Van Ness did some rather hilarious "acting" to help us understand the heightened drama of Strug's attempts at the vault in 1996. There is some decidedly unathletic clomping in heels from one side of the stage to the other, limping, and melodrama.

The show is an unlikely mix of campness, To Much Information (he claims that his life of suffering extreme embarrassments has prepared him perfectly for fame - no public faux pas will ever top disqualifying his high school cheer squad from a competition due to an unfortunate "wardrobe malfunction") , and positivity.

Video interludes include a pre-recorded message from Van Ness's cat and roller skating routines that are, in fact, political allegories. Outfits include the aforementioned leotard (complete with sparkles, red and blue stripes, and a bold red 'USA' on the front), a net tunic over black spanx, and a silver sequined crop-top paired with a blush coloured floaty pleated skirt and banana yellow high heeled boots. None of it is expected. All of it is delightful.

At the end of the show, instead of striding off in triumph to riotous applause Van Ness makes his way to the front of the stage and shakes hands with audience members and waves at people. It's just so nice.

I am so buoyed up by the niceness of it all that on my way out of the building I compliment someone on their outrageously eyecatching Little Mermaid t-shirt (their boyfriend bought it for them). The temperature outside is still balmy and the sky is a suitably stunning soft pink blending into purple and as I'm biking home via The Promenade I call "I love your sequins!" to a woman in a fantastic gold dress. She smiles and laughs in response. 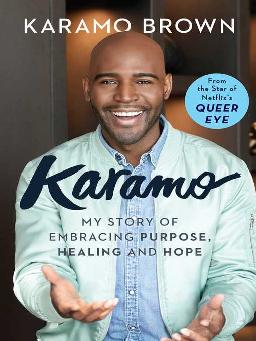 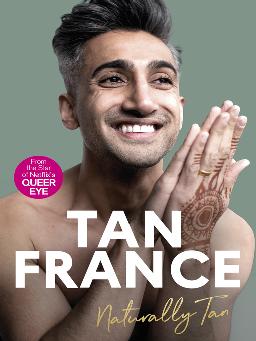 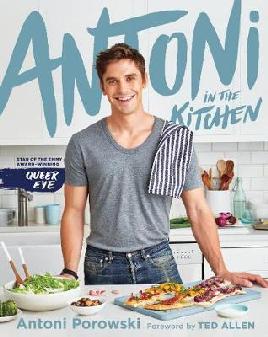 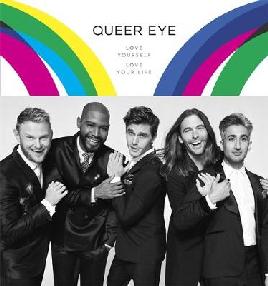 No book yet from decor diva Bobby Berk but his website is extremely swish...

*Due to the presence of children during the show this was referred to as a need for "eggplant", later, "babaganoush". Nicely done.