The mystique of the East and all things Arabian have always intrigued me. As a younger girl part of that for me was learning about Lawrence of Arabia, and I feel compelled to introduce him to those who may know little of him, his adventures and his actions during WWI.

Some of you may have seen the movie Lawrence of Arabia which was first shown in 1962. It was described as an epic adventure film amd won several Oscars. The image that comes to mind is of Lawrence in his eastern robes astride a camel in the shimmering desert - a rather romantic, exotic image. I was saddened when I learned that Lawrence, at the young age of 46, was killed riding a motorbike, like a perfectly ordinary bloke, not such a romantic image I have now! My young girl fantasy shattered.

Thomas Edward Lawrence was born in Wales on 16th August 1888. As a young man he enjoyed travel. After a study trip to Syria he decided to become an archaeologist. He studied medieval castles in France and Syria and was to use his experiences to write his thesis (published in 1910 as Crusader Castles); in doing so he gained first-class honours in History. His knowledge of Arabic gained during his time in Syria became a useful tool when he returned to the Middle East to fight for the allies against the Turks in WWI. 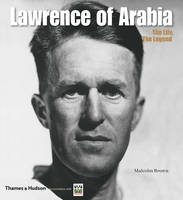 On all accounts Lawrence could be described as a colourful character. He has been depicted by George Bernard Shaw as a "literary genius" and yet blasted by an Oxford historian as a "charlatan and fantasist". He was also accused of being a spy, something that some may still believe today. One thing that cannot be disputed is he came out of the First World War as a hero for his efforts in the Middle East and is still seen as such. As a matter of interest, over twenty new books have been written about Lawrence between 2000 and 2010.

What do you know of him? Have you read about him? If you would like to know more about Lawrence, check our catalogue. We have several interesting books about him and also have the original soundtrack to the movie made about him. Further to this we have many eResources, such as Biography in Context, Oxford Dictionary of National Biography, Britannica Library Adults, and History Reference Center, to name just a few for you to enjoy. 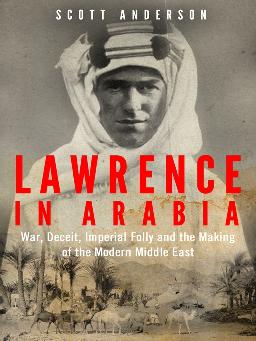