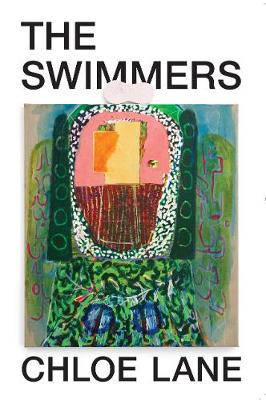 Sometimes when you pick up a novel to read, you pretty much know what you're in for. This was certainly not my experience with The Swimmers. Pretty much all I knew about it was that it was by a New Zealand author (I've been trying to read more Kiwi fiction lately), that the main character's mother has a terminal illness and has decided to end her life (cheerful!), and that the cover artwork featured a rather garish painting that I wasn't sure I liked (apologies to Nicola Farquhar, artist of said painting). But sometimes you just have to pick up a book and take a punt, so I did.

I was not disappointed - though having no particular expectations of it, this is not saying much. Let me be more clear... this book was like a stealthy ninja that laid me out cold when I wasn't fully paying attention.

There are books that you can read and thoroughly enjoy but after you finish them you pretty much never think of them again. The swimmers is of the opposite sort that hangs around you, annoying you with its questions and perspective, leaving you staring off into space, or unable to sleep with churned up emotion, wondering about your life and your relationships, and whether you are doing a decent job of being a human.

The subject matter - Erin returns to the family farm where her mother, who has motor neurone disease, is being cared for by Erin's aunt - might suggest that the tale has the tragedy of losing a parent at its centre and that the emotional devastation of the novel is in the moral dilemma of the protagonist and her aunt being roped into helping a family member end her life and yet, this isn't the case. There is no moral dilemma. Nobody weighs up the rights or wrongs of assisted suicide - they are simply asked to help and go about doing so as best as they can.

Nor are there any great, gut-wrenching, speeches in which people tell each other how much they've meant to one another with wisdom and eloquence. Instead, The swimmers is a book of awkward silences between aunt and niece, mother and daughter, cousin and cousin. Things are often left unsaid. It's a book in which the main character, Erin, doesn't say the right thing, makes bad choices, doesn't understand her own feelings, gets annoyed about silly things (like the malfunctioning ice-maker on her aunt's fancy fridge). Somehow Lane has also captured the way in which being part of a family, even a loving one, can also mean being alone.

The characters' frailty and vulnerability is all communicated with a look away, a silence, a gesture, a poor choice of words. There's so much aching realness in these interactions that by the conclusion of the story you feel that you have somehow been split open and made vulnerable yourself. Take the following passage, early on in the book when Erin has recently found out that her mother wishes to die in only a few days' time. It's full of small, descriptive touches that make you feel that this conversation could very easily have taken place, like the writer is describing something that actually happened rather than something fictional:

I yanked out a chair - the legs scraped across the floor with a wretched sound - and parked myself beside Uncle Cliff. He was hunched over a can of Speight's. I wanted to smack him across the back of the head and wrench him into an upright position. What gave him the right to look so despondent?

'And how're you doing there? he said, very softly, eyes rising to meet mine, looking every bit his weathered sixty-plus years. He was wearing navy rugby shorts and a pastel yellow polo shirt buttoned to the top. A pair of half-moon glasses hung on a fluorescent yellow cord around his neck. There was such a gentleness about him - I'd forgotten that.

'Honestly?' I said. Though I had no energy or enthusiasm for niceties, I was surprised by how angry I sounded.

It's something of a slow burn of a book but well worth the effort, and despite the downbeat subject matter it's not without humour too. But definitely a book to finish and have some thoughts about later, and one of my favourite reads of the year.