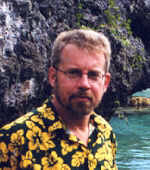 My full name is Donald but only my grandparents ever called me that!

Performing in a play in my first year at primary school. I had to put on make-up before each performance! Yuck!

My grandfather, who used to tell me stories about serving in the Australian Navy in World War I. 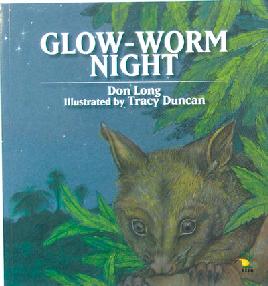 I talked too much.

I hated Maths the most. I loved Geography. I liked drawing maps and shading in the coastlines blue.

The Wizard of Oz, by L. Frank Baum.

James Hanks. He arrived in Australia in 1798 on the Barwell as a convict. He’s my earliest Australasian ancestor, back seven generations.

Tony Hillerman. I love his Hopi and Navajo detective stories. He was raised in a Navajo girls’ boarding-school and speaks fluent Navajo. His stories take you right inside another culture.

My great aunt, the Jindyworobak writer Kate Filson, encouraged me. We corresponded when I was at school. She was paralysed from the neck down from the age of 25 and had to compose all her poems in her head, work on them there, memorise them, and then painfully dictate them to someone else later.

I write the first draft of my stories on the Day’s Bay to Queen’s Wharf ferry.

When I was sixteen, I ran away to sea on a German freighter, the Cap Colorado. It was hard to really talk to the other sailors, who didn’t speak much English, so I took to writing stories in the form of letters, and found I really liked telling stories this way. I still like writing at sea, even if it’s just on a harbour ferry to and from work. The worst thing about being a writer is that it has always kept me being two things — a writer by night and something else all day when I’d really prefer just to be one.

Don’t write what really happened, tell a good story instead, perhaps loosely based on something that happened. Let your imagination take over. You still end up telling the truth just a different kind of truth. So start with a “grab the reader’s attention” sentence. Not something like “Jamie hated spiders” but something much more fun, like: At first Jamie wasn’t sure what made him wake up. Then the hairs on its stomach pricked him again. And two of its feet moved… See what I mean? The first sentence is okay, but this other way is much more riveting. You’re right there in the bed with Jamie and you almost can’t stand to know what’s going to happen next. So let’s make this even worse. What if we called this story “The Spider Bite”? And can we make it even worse? Sure. What about if Jamie is paralysed? Terrific! Now we’ve got a story!