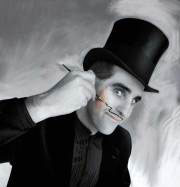 Has to be asparagus, Brussels sprouts and oysters… OH you mean FAVOURITE, those were my LEAST favourite. Pretty much I love everything from a good old roast or a marmite sandwich to Thai, Indian and Japanese — YUM YUM.

When I was very little my family called me Boodle, after Boo Radley in To Kill a Mockingbird. I had it read to me when I was about six and it has since turned out to be one of my favourite novels.

I REALLY can’t go into that one — enough to say that it could easily have featured in a Dinosaur Rescue book with Arg getting covered in something unpleasant!

Playing music. There is nothing quite like making great music with a band. I play piano, guitar and sing and I have been in a variety of bands over the years. Currently I play guitar and sing in a big 13 piece funk band called Hot Tub. My three daughters all play instruments too and it’s great to be able to play music with them (except they’re getting better than me now). Also we all spend a lot of time at the lake. Having studied film, I love movies too. 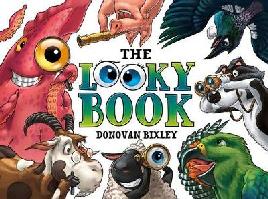 Our family didn’t have any friends who were artists or writers to inspire me — although a famous artist did visit once (he refused to come into our house because he was too sensitive and we were obviously horrible low-lifes as far as he was concerned). I pretty much just did my own thing — drawing all day long. People would often say one day you could be a cartoonist for the Taupo Times. But I was inspired by all the great books I read like Murray Ball’s Footrot Flats, Asterix, opens a new window, wordless cartoons by Mordillo or Jean Jacques Loup and the books of Bill Peet and Dr. Seuss, opens a new window. As I got older I was inspired by great illustrators like Norman Rockwell, John Howe, N.C. Wyeth, Kent Williams and Dave McKean, opens a new window. I didn’t want to be a cartoonist for the local newspaper — I wanted to do great international work like my heroes.

I was good at doing my work but I wasn’t a particularly good boy — once I spray painted another boy’s shoes in art class — but teachers always liked me because I made all my work look super dooper with lots of cool drawings and borders.

I loved all the arts subjects — history, social studies, art, English. Things like maths and physics went in one ear and out the other. My teachers MADE me take physics instead of history. They didn’t want me to take ALL art subjects so that I could “keep my options open” — as if I was going to become a nuclear physicist after being totally useless at it. So, in year 13 I got 7% in physics. Funnily I have never needed physics in my career, but I have often researched history for books like Faithfully Mozart, my current comic/novel Monkey Boy (set during the Napoleonic Wars), and I’m also working on a book about Shakespeare, opens a new window.

The Lorax by Dr. Seuss. It always seemed really magical to me — and over forty years later it is still as vibrant and energetic and meaningful. One day I want to do a book that has that much effect on some young person out there.

Without a doubt — Mozart. He was an incredible artistic genius — one of the truly greatest greats who deserve to be called genius — but he was also a really fun party guy, he was a family man, a clever business entrepreneur and he had a wicked sarcastic sense of humour. He was also a serious thinker about social issues like equal rights for all men and women (and a lot of his operas have strong social comments). I think he’d be a really fun and interesting person to hang out with.

I’ve always been really good at drawing and had been getting paid work as an illustrator since I was at university. I wasn’t getting to draw the type of things I REALLY wanted to do, so I started writing my own stories. Funnily, when I start writing, I still start with cool subjects I want to illustrate — and then build the stories around the drawings.

I have a really cool studio out the back of our house. I can see into the garden or out across Lake Taupo. I work a pretty normal working week — so I’m usually in my studio.

Best thing: when you get someone on the other side of the world email you and say that your book really moved them. It would be great to affect someone in the way that I was affected by my favourite books. Maybe that person will become an artist one day because they were inspired by me — that would be SO cool.

Worst thing: deadlines looming — you’d think being paid to draw pictures would be a blast all the time, but deadlines always put the pressure on and sometimes make drawing pictures less fun.

I studied to be a film maker at university (writing and illustrating books is very much like coming up with stories for a film — you need words and pictures). I still like to make little films, but I don’t think I’d want to work in films. One way or another I was always going to do something artistic, so I guess, in an alternate reality, there is another version of me working as a depressed advertising art director or web designer, wishing he was doing something cool and meaningful like creating children’s books.

Arts like writing and film making are all about connecting with people, getting your message or story across to your audience in a very human way. I try to find that one idea I really want to do (out of the hundreds in my sketch books) — which is also going to be a really cool story that connects with my audience (what are they going to be interested in?). Don’t muck about for years on one story — in the end you’ll only learn one thing. Instead, complete small ideas and move on quickly to the next one. Only by completing a story can you look back and see what you’d like to change. After you’ve done three or four stories you should be able to look back and see how much you’ve progressed. Pretty soon you’ll go wow! I’m so much better than those first stories I wrote.

Read some books by Donovan Bixley