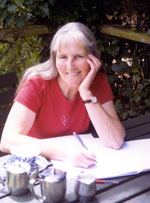 This changes from time to time. Favourite of the moment is real-fruit yoghurt icecream. Second best: cheese sandwiches.

Performing at a charity concert and discovering I’d placed my music on the stand upside-down.

Walks on the beach or bike-rides through the countryside.

A teacher in Form Two (Year Eight), who was the first to recognise and encourage my writing ability. Also a cousin of the same age who introduced me to the Evening Post newspaper’s "Children’s Page", to which we both contributed.

Very shy and inclined to daydream.

Most hated: hand-sewing fiddly things like drawn-thread work. I repeatedly "forgot" to take my sewing on lesson days which ultimately led to a sound dose of "six-of-the-best". 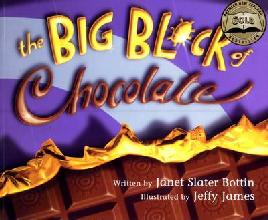 Probably (if we were talking about authors) Charles Dickens, or Louisa Alcott. Or C.S. Lewis. Or maybe Lewis Carroll. Or, then again…

My head is full of exciting thoughts and interesting ideas that just have to come out. Writing them down and sharing them with others is a very satisfying and enjoyable thing to do.

I do my long-hand writing in scrapbooks and have some favourite cafes where I’m almost part of the furniture. I work on the computer at home, in our little beach bach.

Best thing: having children tell me how much they’ve enjoyed a book I’ve written.

Don’t give up. An author needs to be "made of rubber" so that she/he can "bounce back" and not be knocked flat by work that is returned. Believe you can do it - and do it!