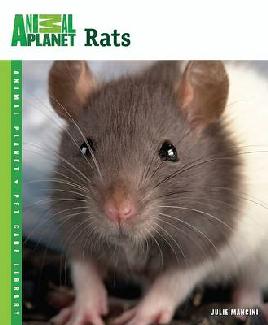 There are three species of rat in New Zealand - the Kiore (Polynesian rat), the Water (Norway rat), and the Ship (Black rat).

Rats are able to multiply quickly. A rat begins breeding at 6 months old, and a female can give birth to 4-10 baby rats several times in one year. It is thought that the ferrets and stoats released into New Zealand in the 1880s competed with the Norway rat, while the ship rat extended its range into the forests.

Rats have been found in remote areas and on islands off the coast. About 20 of New Zealand's off-shore islands, including Kapiti Island, have been cleared of the rats which had infested them. These can now provide a safe home for threatened species of native animals from the mainland islands.

The Ship or Black Rat can grow to 33 cm from its nose to the tip of its tail, which is longer than its body. It is very aggressive, will eat most foods, and is a carrier of both human and animal diseases. Its ability to adapt to different environments has made it the most successful of the three rats. The ship rat travelled on sealing, whaling and trading vessels, and spread through the North Island in the 1860s and the South Island in the 1870s.

Because of their ability to climb trees, ship rats are able to rob nests of eggs and chicks. They also compete to eat the fruit, berries and seeds which a number of native birds feed on. In the 1960s there was an invasion of ship rats on Big South Cape, off Stewart Island. Two bird species and the greater short-tailed bat became extinct as a result of this invasion. The knobbled weevil population on the island was also wiped out. The weevil survives elsewhere.

The Norway Rat, also known as the Brown Rat, is slightly shorter than the ship rat, but can be twice as heavy, weighing between 450 - 680 grams. Its tail is thick and, at 18 cm, is shorter than the body (20 cm). It is also a carrier of disease. It tends to spend its time in drains and sewers, and can swim well. Unable to climb trees as well as the ship rat, it will prey on the eggs and chicks of ground-nesting birds, and other ground-dwellers such as lizards.

The Norway rat, the largest of the three, is believed to have first arrived in New Zealand in 1769 with Captain Cook's ship, the Endeavour. It quickly spread throughout New Zealand but by the end of the 19th century it had been outnumbered by the ship rat.

The kiore was introduced to New Zealand by Māori settlers in about the 10th century. It grows to about 20 cm long, including its tail, and was considered a delicacy by pre-European Māori. Although numbers of kiore in New Zealand are now small, it is the world's third most widely distributed rat, and can be found throughout South-east Asia and the Pacific.

Kiore live in the forest and eat a wide range of foods, including seeds, fruits, lizards, insects, eggs and chicks. They are poor swimmers, and have only reached the off-shore islands when transported by man, either accidentally or deliberately. Kiore are now found only in Fiordland, Stewart Island and some off-shore islands.

The kiore is regarded by some Māori as a taonga, or treasure because of its cultural and spiritual importance, because of this the Department of Conservation have consulted with local Māori in developing a plan which involves the future eradication of the kiore from 15 of these islands.