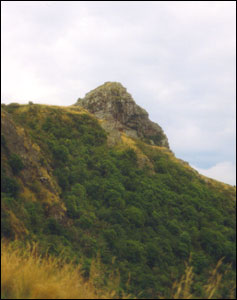 Ōmawete is one of the many prominent landmarks along the summit road that encircles the hilltops of Whakaraupō.

Ōmawete means the place of Mawete, indicating the place where Mawete a paramount chief of Ngāti Māmoe met his death.

After Ngāi Tahu chief Te Rakiwhakaputa had captured all of the Ngāti Māmoe pā around Whakaraupō, those fugitives who had escaped to outlying areas were periodically hunted down and killed.

In one such incident, Mawete and a party from the Mānuka pā near Tai Tapu were crossing the range at the head of the harbour when they were ambushed by Ngāi Tahu warriors. In the ensuing battle, the Ngāti Māmoe chief, Mawete was killed along with most of his followers.