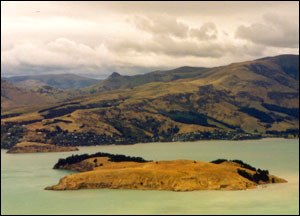 Earth ovens (umu) have been discovered on the island which were used for roasting the eggs that were considered a great delicacy, especially among the children.

Ōtamahua was probably never permanently settled by Māori but would often have been visited from the nearby settlements of Purau, Ōhinetahi and Rāpaki.

A whare existed on the island at the time of European settlement and was used for day and overnight shelter by egg-gathering and fishing parties.

Quail Island is also known by the name Te Kawakawa. This name is thought to refer to the pepper tree (also known as horopito), which had several important medicinal uses. Only one specimen of kawakawa is now known to exist on Ōtamahua.