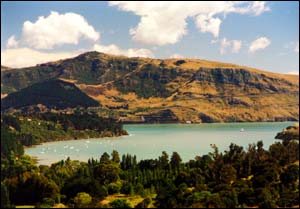 Prior to Te Rauparaha’s raids there were many settlements around the shores of Whakaraupō (Lyttelton Harbour).

Purau Bay is one of the oldest Māori sites of settlement on Horomaka.

Moa hunting ancestors probably lived here as is evidenced by the remains of moa ovens.

Ngāti Māmoe lived at Purau more recently and had their fortified pā site on the dominant peak Te Ahu Pātiki (Mt Herbert) which stands at the top of the valley over looking the harbour.

In later years after Ngāi Tahu took over, the pā site moved to the Western side of the bay where it was occupied by Ngāi Tūāhuriri and Te Rakiwhakaputa hāpu. 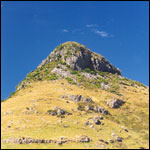 The name Purau refers to a traditional mussel basket.

The bay has many urupā (tapu burial sites) due to its long history of occupation and was once said to be the home of a monstrous taniwha called Tuna Tuoro.

Te Pōhue, home to the legendary Patupaiarehe (fairies) also looks down from the ridge directly above the bay.