There are 211 different books in Christchurch City Libraries to help you name your future offspring, but only one to guide the choice of title for your soon-to-be-published book. And that is the cunningly titled Why Not Catch-21? The Stories Behind the Titles.

I am fascinated by book titles, especially the zany “what were they thinking” offerings. Here is a selection of some of my current favourites.

Huffington Post lists a New Zealand book as having one of their top fifteen most ridiculous titles: the wonderfully rhythmic Come Onshore and We Will Kill and Eat You All. It’s a love story caught in the middle of the cultural collision between Westerners and Maori. Having nailed a great title though, the publishers went all lily-livered and opted for a dreadfully bland blue cover which does nothing at all for the book.

Knitting with Dog Hair is an old favourite of mine – billed as Better a sweater from a dog you know and love than a sheep you’ll never meet. If you love dogs and have a vacuum cleaner, you are well ahead of the pack in this. I’ve missed years of Scottish Terrier sheddings which would, according to the author, have yielded a slightly coarse but spinnable undercoat. I think this activity would have driven me to drink. In which case I could have rejigged the title and called my book Hair of the Dog.

I still wonder at the appeal of British Mousetraps and Their Makers, but this book is regularly borrowed. The cover shows several complicated, scary, medieval looking traps. It makes me wonder if mice of other nationalities would also fall prey to these Proudly British devices. 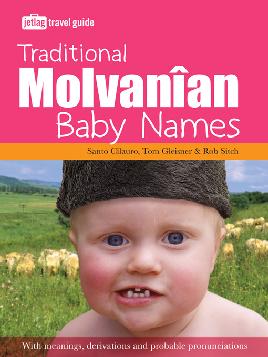 Finally, when you and your partner tire of the sweetness of the whole baby naming thing, have a palate cleansing look at the outrageous Traditional Molvanian Baby Names. This title sounds normal until you realise that Molvania doesn’t exist (the blurb describes it as just north of Bulgaria and downwind from Chernobyl). This book will provide you with much needed comic ammunition for when the in-laws become antsy about your name choice for their grandchild. Just shove a few of these XYZ and K mouthfuls into the mix and they are sure to get back in line.

Imagine then my delight that this interest in wacky titles is more widespread than I had thought. Bishopdale Library has a running display of some of these offerings. It is great to see rare books getting an airing – and apparently they do attract a lot of attention. At Bishopdale, team members are constantly on the look-out for weird and wacky titles to add to their display. If you’d like to help this darling little Community Library – just add your suggestions below!