"Tomorrow, after a century of dreaming and six years of planning and building, the Christchurch Town Hall will become an official part of the city’s life." (Press, Volume CXII, Issue 33034, 29 September 1972, Page 1)

Thanks to the wonders of Papers Past we can see local news about the Town Hall opening. The Press on Friday 29 September has lots of information on the Christchurch Town Hall in a special section of the paper the day before it opened.  On 30 September - opening day -  the main story was about an All-night vigil for opening of Town Hall.

What's on and Whatson at Christchurch Town Hall

So what was happening in the new Town Hall?  Henry V - directed by Dame Ngaio Marsh and starring David Hindin in the titular role - was on in the James Hay Theatre. Seats cost $5. In a neat coincidence, 50 years later Ngaio's  work is being celebrated at the In search of Ngaio exhibition on at Tūranga. Philip Matthews' article The bard and the dame: Ngaio Marsh's Shakespeare revival has more about Ngaio's role as a director of Shakespearean adaptations. Listen to the Long Read podcast:

I wonder where that first acoustic guitar is now?:

To mark the 50 year anniversary of the Christchurch Town Hall, Newsline has looked through the archives and compiled Christchurch Town Hall's 50 years of famous acts:. They note the last act before the Town Hall was closed after the 22 February 2011 quake was Vincent (Starry, Starry Night) and American Pie singer Don McLean. The first concert after its restoration was on 1 March 2019 - a sold out crowd tuned into Shapeshifter and the Christchurch Symphony Orchestra.

Photos of the Town Hall

Take a look into the Town Hall - from plans and models, to the real thing: Christchurch Town Hall set on Canterbury Stories

Have you got any photos of the Town Hall - graduations, concerts, etc? Share them in October for our Photo Hunt! 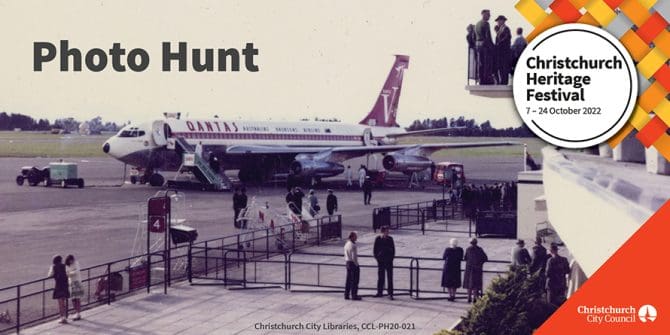