Me and Haruki have an affair going on. That sort of an affair that nobody really knows about. This is how it started.

You would not think that librarians have their own favourite librarians, but we do. At least I do. Nina is my friend and she works at the public library in my hometown. I can still vividly remember how and when she introduced me to Haruki Murakami. It was that year's first snowfall that tempted us to visit one of the old medieval towns not far from ours. (Those of you who had a pleasure of rambling in the snowy night through old towns in Europe will well know the magic of it. Distances seem to disappear among the dancing snowflakes and the silence is so deep and dense that it feels like a soft blanket of slumber.) There wasn't much opened at that time of the night, except one bookshop. Its windows radiated warm glow and attracted us like the light lures half-blinded moths. 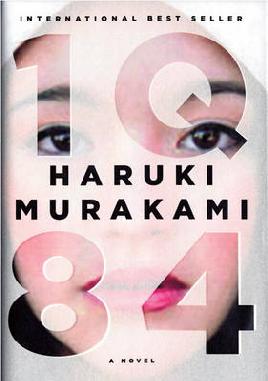 The book was just there, on the right, not far from the entrance. Nina noticed it immediately and her hand, as if called by silent force, wondered to the shelf and pulled it off. Norwegian wood.

The covers were made out of rough but neat plain whiteness. At the bottom, out of the edge, the leaves of grass were growing and bending into the page. There was something earthly in the touch. Later on, while reading about Naoko's battle with depression, the touch of the covers made the hair on my back stuck up. It was probably one of the best covers I have ever seen.

I must admit the first half of the book was a struggle to read. Not because of the style, nor the structure, nor the narrator. It was the characters that were so hard to follow, hard to keep up with. The weight of their life experience, of their pain and unsettledness was unbearable. Being lost in the midst of Toru's thoughts, meandering through his feelings of uncertainty, loss and grief was painful. Searching for meaning and hope in the maze of obscure everydayness. All the big questions of growing up revealed and opened with cruel honesty. But it wasn't just the almost palpable harshness of coming of age experience that was hard to digest. It was the fact that Haruki managed to capture the spirit of my own youth, of my own student years with great sensitivity. Reading this book felt like I was thrown in the amphitheatre of questions about life, love and death, that I have been silently confronting with in my own reality for a while. If I could write, I would write about exactly the same themes. Same problems, same questions, doubts and fears. While living them myself, I felt they were so important and common to everyone. An integral part of human existence.

But a part of human existence is joy as well and Haruki's story did not lack the sunny side either. It was Midori - restless, witty, playful, nonconformist wild child, who turned reading into a pure pleasure halfway through the book. Following her encounters and flirty conversations with Toru again felt like reading about my own life. Not that the stories were alike, but the indescribable sense of liveliness, hope, utter happiness. The excitement of life itself. Of things to come. I started to realize this was probably one of the most convincing reading experiences, when books build bridges among people. When strong parallels can be drawn between two totally different eras and places (end of 1960s in Japan and beginning of new millennium in Slovenia in my case) by story alone. When a book can knit individual experiences of total strangers, when it can build bridges. 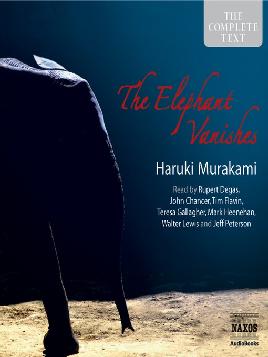 So we started dating (at least that's how I imagined my time of reading Norwegian wood). Me and Haruki met on a bridge that we've built across half of the world, just so we could encounter in the middle and I could listen to his story. And tell him how much I can relate to it and - not how different - but how similar we are.

If you haven't tried author-dating and bridge building, give it a go. You might not get far, or you might become a master builder in a few hours. Even if the passion takes over and you'll be in haste, there is nothing to worry about - you will not run out of good dates. Christchurch City Libraries holds many Murakami's masterpieces and he can talk to you in many languages, not just in English, but also in Chinese, German, Korean, Spanish, Thai, Polish, Portuguese, Vietnamese and of course Japanese.

If you' re not sure, who you are dating, you can read a bit more about him on his homepage, watch a documentary or get a useful tip on writing from a first class writing hand.

Haruki Murakami, one of the best storytellers of our time, is coming to Auckland Writers Festival in May. I am pretty sure I will not be the only one, waiting for him eagerly on this side of the bridge.