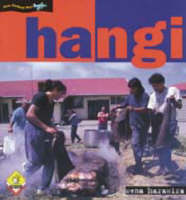 The Māori word for food is kai. Traditional ways of getting food involved a lot of food-gathering (mahika kai) and growing of kumara (a sweet potato). Kai was an important part of festivals such as Matariki when people would gather to share entertainment, hospitality and knowledge.

For some Māori the first new moon after the rise of Matariki signalled the start of the New Year celebrations.A maramataka, or lunar calendar, was used to work out which days were the best to plant, hunt, fish and/or harvest.

Eels (the Māori word for eels is tuna) were a favourite food of the Māori along with many fish species found around our coastline. Another prized food was tītī, or muttonbird, which was preserved ready for the year ahead.

Kaimoana (food from the sea) was important in the traditional diet, and remains so today. Many species of fish were caught on lines or in nets, and shellfish such as mussels, pāua, pūpū and pipi were gathered from the shore. Eel and whitebait were caught in inland waters. Birds snared in the forest were another source of meat.

The hāngī is the most widely used method of traditional cooking for Māori. Laying or putting down a hāngī involves digging a pit in the ground, heating stones in the pit with a large fire until they are white hot, placing baskets of food on top of the stones, that have water poured on them, and covering everything with a cloth, sacking and then earth for several hours before uncovering (or lifting) the hāngī.

Here is a summary from Genuine Māori Cuisine: