It was the end of the year and we were all sad that we wouldn't be having Mrs Conway as our teacher any more. Lisa Hathaway suggested we buy her a Christmas present.

"We should all put in fifty cents," she said.

"I don't mind going down to the shop to get it," Stinky Turner said. Her name was really Tiffany but we called her Stinky because she always looked dirty and her hair was all matted at the back, and her clothes weren't ironed, "and she probably never has a bath," Lisa Hathaway said.

Lisa looked down her nose at Stinky. "We will select a committee, that's what we'll do. We might not like what you choose Stin… I mean, Tiff-a-ny." She tossed her glossy blonde hair back and laughed.

Tiffany went pink, and I felt a bit sorry for her. Tiffany lived in an awful old house that needed painting, and she had lots of brothers and sisters, and her father went to the pub all the time and got drunk. My mother said I should be kind to Tiffany, that she couldn't help her circumstances. I did try but Tiffany was such a greaser, I felt annoyed by her.

"I'll choose the committee," Lisa said, "because it was my idea to buy the present." She looked at us all. "Okay, I'll have Sophie, Phaedra, Ruby, Lydia and … " She looked around. "Eleanor," she said, looking at me.

Me. She'd chosen me. I was part of the most popular girl in the school's gang. I felt so excited. 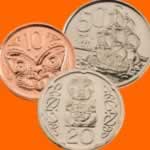 At lunch time the next day we went down to the gift shop to choose the present. We'd collected $15 from all the kids in the class, so we could get something really nice. It took us quite awhile, but finally we found two beautiful vases. One was pink and the other blue. They looked like flowers. We chose the pink one, "because," Lisa told us, "it will go with Mrs Conway's decor." Lisa had been to Mrs Conway's house with her mother, who was Mrs Conway's friend.

"Mrs Conway will love this," Lisa said. "I just know. Now don't wrap it, Mrs Dyson," Lisa said to the lady in the shop, "because we need to show it to the other members of our class."

"So, this is for your teacher," Mrs Dyson said. "What generous girls you are."

"What did you get?" the other kids asked, when we got back to school.

"You'll have to wait," Lisa said, clutching the box the vase was in to her chest. "We'll show you after school when Mrs Conway has gone home."

After school everyone crowded around while Lisa took the vase out of the box. "You can't touch it," she said, "because it is very delicate."

Lisa put the vase back in the box and put it on Mrs Conway's table, while she went to get her homework and stuff to take home.

All the other kids did the same. There was only me left at Mrs Conway's table. I looked at the vase. It was so beautiful. I took it out of the box and ran my fingers over its smooth, cool surface. Then I felt the petal things that bent over around the top edge of the vase. I took hold of one and tried to move it. To my horror it broke off. I put the vase, and the broken petal, back in the box. I felt scared to turn around in case someone had seen me but, when I did, I saw that no-one had. They were all still laughing, talking and collecting their things. I went to get mine, feeling hot all over. I even thought I might faint.

"Right," Lisa said, pushing through kids and going to Mrs Conway's table. "I'm going to wrap it now. Oh no," she screamed. "It's broken! Someone's broken it!"

They all looked at each other. Me included.

"Who did it?" Lisa demanded. "Someone better own up."

"Maybe we could glue the petal back on," Lydia said. "We've got some special glue at home."

"Don't be stupid," Lisa snapped. "We can't give Mrs Conway something that isn't perfect. That would just be terrible."

"I've got some money I've been saving to get some new shoes," Stinky said. "I'll go home and get it. Then we can buy a new vase."

"Oh would you, Tiffany," Lisa beamed. "That would be great. And then, could you go down to the gift shop. There's another one there. It's blue, not as nice, but it will have to do. Oh, Tiffany," Lisa smarmed. "This is so nice of you. You can join our committee now."

"Oh, can I?" Stinky looked as if she could hardly believe it.

"It was obviously her that broke it," Lisa said, when Stinky had run off. "Otherwise, why would she offer to buy a new one?"

"It could have been someone else," Ruby said.

"Course it was her, " Lisa said. "Only an idiot would spend all that money if they weren't guilty."

"Maybe she just wants us to like her," Ruby said.

When Stinky came back, hot and excited, Lisa grabbed the package from her. "Ha ha ha," she sneered. "We know you did it, Tiff-a-neeey. You're not going to join our committee. We don't want liars!"

"I didn't." Tears filled Stinky's eyes, and spilled over the edge.

I watched Stinky run away sobbing. Part of me wanted to run after her, tell her it was me, but I just stood there watching until she disappeared. I thought about writing her a letter but I never did.

Read our interview with Frances Cherry.