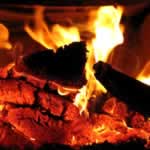 When Jodie and her family arrived in Wellington the ferries not running because of stormy weather.

'Where can we stay?' Jodie asked her mum.

Rebecca said, 'I can stay with Lydia!'

'Sorry Sis,' Rebecca replied, 'She’s my friend, and she’s flatting. There'll only be room for me.'

Rebecca was sixteen. She'd been stuck in the back of the car with Sissy and Tony all the way from Taupo. Sissy had been chomping apples in her ear for hours.

Mum sat thoughtfully in the driver’s seat of the big old Holden. 'I don’t think I know anybody in Wellington.'

'We'll have to stay in a motel then,' Jodie said hopefully. She was eleven, and she'd never stayed in a motel.

'I haven’t enough money for that,' her mum said.

'We could sleep under the motorway,' Tony suggested eagerly.

'It would be a bit draughty Tony.' Mum slapped the wheel. 'There’s Herman. He'll put us up!'

'He used to be our neighbour in Timaru, remember?'

'Maybe he was too boring to remember,' Rebecca said.

They found a 'phone booth. Tony and Sissy crowded into it with their mum. Jodie stuck her ear against the clear plastic.

'Hullo Herman?' her mum shouted 'It’s Susan Daniels here…Hi! How are you?' Mum laughed, and Jodie heard a tiny metallic laugh in reply. 'We're stuck in Wellington because of the storm. Three days they think. Can you put us up? Four kids and me?'

This time Jodie heard a squawk of horror issuing from the 'phone. Maybe Herman wasn’t such a good sort after all… Rebecca rapped angrily on the door.

'Three kids and me,' Mum corrected. 'We've got sleeping bags and plenty of apples…What’s your address?' She scribbled crookedly in her address book. 'Thanks Herman, we'll be there soon.'

Rebecca pushed her way into the 'phone box - and discovered that Lydia was away for the weekend. So she had to go to Herman’s too. All the way through the suburbs she glared out the window and when Sissy dug in the big plastic bag for another apple, Rebecca said: 'If you eat that I'll kill you!'

Sissy was puzzled. 'You can have one too.'

Herman’s house needed a paint, and across the road from it the sea beat on a rocky beach, and seagulls screamed overhead. The trees grew horizontal because of the wind.

'Isn’t this wonderful!' Mum cried, holding onto the car door.

'I hate it!' Rebecca dived back into the car and slammed the door.

Jodie lifted up her face and yodelled. The kids made yodelling noises too - and the wind whipped it out of their mouths.

Mum banged on the window. 'You can’t sleep in the car Rebecca!'

'She’s scared the wind will blow her eye make-up off,' Jodie shouted.

Secretly she wished she had eye make-up on for the wind to blow off too.

Herman didn’t have all his teeth. He remembered Jodie’s name, but as soon as he was told Sissy’s and Tony's, he forgot them. He made hot drinks, and tipped big flat biscuits out of a tin.

'Did you make these?' Jodie asked, chewing a big sweet bite. Maybe Herman wasn’t going to be too boring.

He nodded. 'Have another one.' Jodie did, and Herman said, 'I can remember Rebecca in Timaru, but you were just a baby Jodie.'

'I don’t remember you,' Rebecca was really hacked off with Lydia for not being there.

Herman wasn’t put out. 'You had a really nice smile then Rebecca.'

Rebecca she glared at Mum. 'You never told me I had a nice smile.'

'You’ve still got it. Sometimes.'

'Do you live here all by yourself?' Jodie asked Herman.

'Go and collect driftwood and we'll get a fire going in the lounge,' Herman suggested.

Rebecca didn’t put on her jacket. She stood at the front door, pretending not to shiver, while the others went screaming across to the sea.

'Either come in or go out Rebecca!'

So Rebecca went out reluctantly. Mum rolled her eyes at Herman. 'Those trendy things she wears are so thin!'

They had lots of fires the next three days. The wind didn’t stop, and bits of rain whipped across the windows. Rebecca wanted friends to ring, and she wished her mum and Herman would stop yapping. The kids ran in and out of the weather, and Jodie chewed gum. She was really into chewing gum. She sprawled on a big pink divan in front of the fire and pushed her shoes off and on.

'We're coming through in three months Herman,' Susan said, 'Can we stay again?'

'Sure. But warn me in advance so I can get a truck load of food in.'

'I’m not coming here again,' Rebecca said, 'unless the sun’s shining and I can stay at Lydia's!'

Three months later, it was still blowing and cold. As soon as they got out of the car the kids ran onto the beach. Herman had the fire going. Rebecca had been sick on the ferry - but she went to Lydia's. She was glad she didn’t have to stare out Herman’s window and see all that heaving sea again…

Jodie plonked herself down on the pink divan. It seemed to have a few more stains on it than last time. Herman fished under it. 'Look Jodie - ' He held up a girl’s black slipper. It was dusty and worn, and had shabby little flowers sewn around its rim. 'I found your slipper.'

'That’s not mine, I wouldn’t wear a thing like that!' Jodie laughed. 'Have you been keeping it under the divan for three months?'

Herman nodded. 'I thought you’d left it behind.'

Jodie put the slipper on. It felt like a wrinkled orange skin. She slopped around the room, laughing.

'Who does it belong to?' Herman asked.

'It must belong to a ghost,' Jodie said.

Later she went over to the beach and hunted amongst the driftwood and the debris. It didn’t take her long to find what she was looking for.

Just before they left the next morning, Jodie dug under the divan. 'Look at this thing of yours I found,' she said to Herman.

It was an old jandal that looked as if it had been swallowed by a shark, and then coughed up again.

'That’s not mine,' Herman said indignantly, 'I never wear jandals!'

'She found it under the divan so it must be yours,' Tony said.

Jodie grinned - and stuck it back under the divan.

When Jodie was fourteen, she came up to Wellington on a school trip.

'Ring up Herman and say hello,' Mum said, 'He might ask you to visit.'

Rebecca, who was home for the weekend from university, said, 'Careful the wind doesn’t blow you inside out.'

But Jodie said: 'He won’t remember me.'

So Jodie rang. She didn’t have to explain who she was: Herman knew her name immediately. He invited her and her friend Sarah over for a visit.

'We can light his fire and sit in front of it,' Jodie said.

But Sarah went with Jodie anyway. Herman had another tooth missing, and the divan looked very pink and new, as if it had just had a dry clean. There was a stack of wood by the fireplace. Jodie showed Sarah how to light the fire. Herman went into the kitchen to make tea.

'This is a neat divan,' Sarah said, slouching back into it. 'When I go flatting I want one like this.'

But Jodie was reaching underneath it, and when she pulled her arm out, Sarah said:

'Yuk - nobody’s vacuumed under there for years!'

'Probably not,' Jodie agreed. She had an old black slipper in one hand, and a broken jandal in the other. Balls of dust clung to the slipper.

'Whose are those?' Sarah exclaimed.

Jodie wanted to laugh and laugh…She grinned instead. 'They live under there,' she said. 'Herman’s waiting for two ghosts to come and wear them away.'

Then she slipped them back under the divan - and blew all the dust back too - before Herman came in with tea and homemade biscuits.

Read our interview with Norman Bilbrough.