Earth Science is the study of the solid Earth and the water on and within it and the air around it. Earth Science includes Geology which explores the planets natural resources, and monitors natural hazards such as volcanoes and earthquakes

New Zealand has a complex geology and an ongoing active history of earthquakes, landslips and volcanic activity. Te Ara (the Encyclopaedia of New Zealand) gives an excellent overview of New Zealand’s geology.

New Zealand is positioned on the boundary of the Australian and the Pacific tectonic plates. It is movement in these tectonic plates – huge chunks of the earth’s crust – that cause earthquakes. Earthquakes at sea can cause tsunami.

Earthquakes are common in New Zealand though most are not strong enough to be felt. Large earthquakes can be destructive. Recent large, damage-causing earthquakes have happened in Wellington, Kaikōura, Seddon, Christchurch and Darfield.

Te Ara - the Encyclopedia of New Zealand has useful information on earthquakes and seismic activity in New Zealand.

The strength of earthquakes is measured as magnitude on the Richter scale, named after Charles Richter. The Modified Mercalli intensity scale measures the intensity of earthquakes based on what can be felt and observed by people and is considered a better indicator of the effects of an earthquake.

GeoNet is a collaboration between the Earthquake Commission and GNS Science. It features a map showing near real–time shaking intensity from New Zealand’s network of seismographs.

Find out about the Christchurch and Canterbury earthquakes 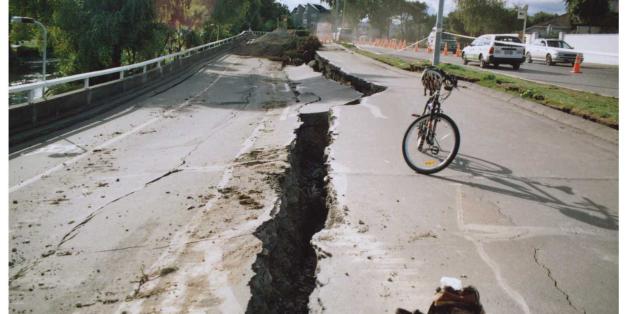 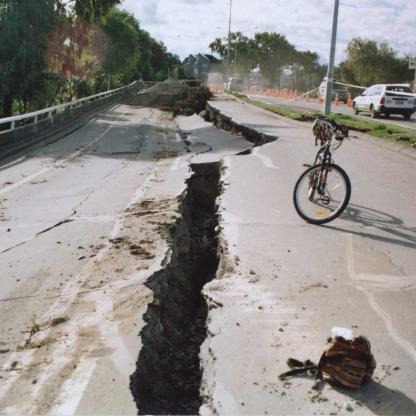 Find out about major devastating earthquakes that have happened in Christchurch and Canterbury.

Mount Tongariro, Mount Ruapehu and White Island have all been active relatively recently.

The most famous eruption in recent history was that of Mount Tarawera in 1886 which caused significant loss of life in villages nearby and destroyed the famous Pink and White Terraces.

Further back in time, the Taupō Volcano produced massive eruptions which led to the creation of Lake Taupō.

Locally, the Lyttelton and Akaroa harbours of Banks Peninsula were formed around 6000 years ago when the calderas of these extinct volcanoes filled with sea water.

Landslides have happened regularly throughout New Zealand’s geological history. Perhaps the most dramatic slip was the collapse of part of the east face of our highest mountain, Aoraki/Mount Cook, on 14 December 1991. The peak was shortened by 10 metres.

In 1979, a massive slip in the Dunedin suburb of Abbotsford caused 70 houses to be destroyed or relocated.