125 years ago - on 19 September 1893 - New Zealand women won the right to vote . Registrations closed six weeks after that date for the next election on 28 November. This would have been fairly exciting for New Zealand women but how did the rest of the world view our landmark decision? Armed with an excellent selection of newspaper archives from around the world, I have researched what was said. For this exercise I used Gale Primary Sources; it searches 19 digital archives of newspapers, periodicals, monographs and manuscripts.

Some of the most interesting articles quote other papers, and titles like 'The New Zealand Experiment' seemed to be popular. 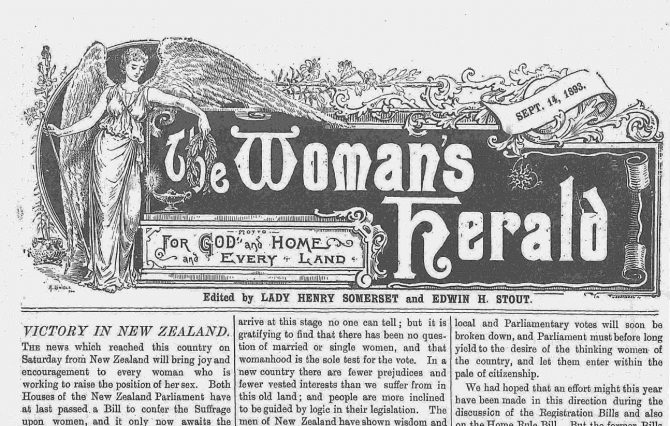 "With a slight feeling of envy, we offer our hearty congratulations to our fortunate sisters , who will now be the pioneers in the British Empire in the exercise of franchise."

This article "The Experiment in New Zealand" has the review of the editor of the Australian edition of The Review of Reviews. This writer suggests what might happen in the upcoming elections.

"The new voters, it is suggested will apply quite new tests to candidates. A candidate, one critic argues, who is old, bald, and, say, bandy-legged, will have no chance of winning the suffrages of the voters in petticoats, as against a candidate who is young, has good teeth, and parts his hair in the middle."

"...with the result that women are now entitled vote for parliamentary candidates in New Zealand. They were not keen to learn their fate, as the empty benches showed. But a correspondent supplies the key to their apparent apathy. A "Society" wedding was in progress a few yards off! Pretty Souls! "

This article reports on another article that appeared in The Nineteenth Century quoting it:

"The colony is now committed to a course of extreme radical legislation. Such are the results of the female franchise! IT is to be hoped that it will be a warning to English conservatives. We shall probably for some years to come be a dreadful object lesson to the rest of the British Empire. We must trust to beer and the banks to save us from absolute ruin."

A report on women voter numbers -

"Dunedin had 7,644 women on the roll, and only 1,338 failed to record their votes. Many of the the absentees were no doubt deterred by the heavy rains which fell on the polling day."

"An interview with Mrs. Sheppard, New Zealand deserves to be called the land of political experiments. Its rulers, with a boldness that would startle even many Democratic English politicians, are passing into law measure after measure of radical reform. Among other changes universal suffrage was last year conferred on adult women, married as well as single, irrespective of property qualifications."

The journalist finishes his article with this summary:

"Mrs Sheppard is the very opposite of the bogey "advanced women." held up to frighten reformers. Handsome, well proportioned, and with a glow of health in her cheeks, she is a good representation of the Colonial woman at her best, strong physically and mentally.

This article reports on a number of other newspapers views on in particular the quotes from a article in The Melbourne Age of October 21 1893.

"....the bulk of their womankind did not demand it and did not want it. The agitation was "got up by a few women" - chiefly women's Christian associations and kindred bodies.."

Mr Webster relays his views on the election in New Zealand in November 1893.

"It was rather amusing" continued Mr. Webster, "to note the eagerness which the ladies working on the committees brought in voters of their own sex to the polls. Wherever a voter had a baby a member of the committee remained to care for it while the mother recorded her vote. Everything was conducted in the most orderly manner, no rowdyism was apparent." ..."All the same" concluded Mr. Webster in a regretful tone of voice, "I cannot, while appreciating the advantages that are certain to result, but imagine that the dainty blush of womanhood is somewhat blurred when woman steps into the arena of political strife." 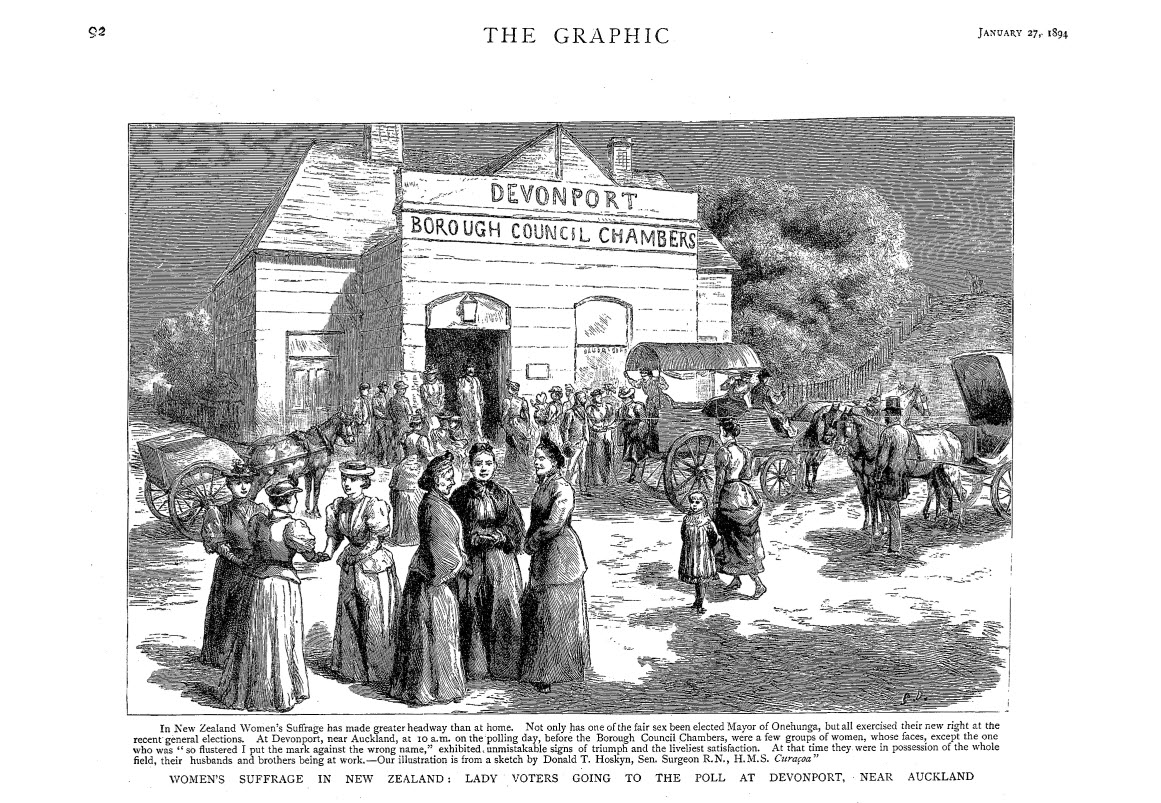