Usually I bathe in the luxury of listening to authors at WORD Christchurch but this year the mood and the energy is low, so I suppose there is a certain synchronicity that I chose to only go to Landscapes of the mind: Adventures in mental health - possibly because my landscape is need a bit of work!  I also attended as part of the library's role In Reading In Mind which you can read about here.  Pegasus Health who host the Reading in Mind website supported this event.

I have not yet read This is How it Ends: How rewriting your story can save your life, and had not really considered reading Matt Calman's The Longest Day: Standing up to depression and tackling the longest day as I believed it would just be about running the Coast To Coast which had helped cheer him up!  I should have been more open minded.  Here is a man who talked about doing the Coast to Coast to bear witness to his breakdown, but Matt like many who suffer mental health issues has a dark humour, he was funny, emotional and almost had me wishing that I too could run the Coast to Coast and along the way find myself.  He did admit though, that sometimes the best thing for his mental health was Netflix and a beer. 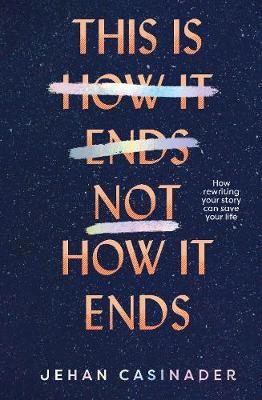 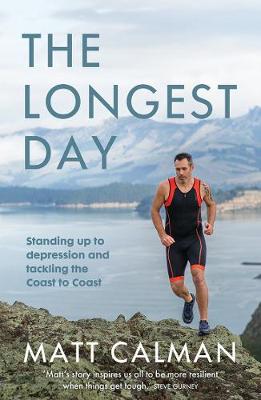 Jehan Casinader will be familiar to those of us who still watch TV, and especially TV 1's Sunday.  Jehan started out saying that he didn't want to write a book and when approached by a publisher got the wrong end of the stick and thought they wanted him to interview some writers.  It turned out that they wanted his book and it is great they did, as the title states, it saved his life. Story for Jehan has been his way through a breakdown, and unlike others who write a memoir of their mental health issues Jehan did not write from a place of health, but instead writing this book helped him come to terms with what was happening to him, he was the one in control of the story and had "written depression into my story so I could write it out"

As with other past WORD events there was one moment where there is that inner sigh and a sense of connection and understanding.  Matt was describing learning to roll with a Kayak - that nightmarish moment where the kayak tips over and you are upside down and somehow are expected to calmly extract yourself and bob to the surface. Matt's first attempts were distinct failures where he desperately flailed around underwater, trying to push down the panic only to be taken over by this understandable need to breathe and to get to the surface as quickly as possible.  As he fails over and over again he slowly realises that flailing and fighting are getting him nowhere  He is eventually able to take one step at a time, be calm, stop fighting and to go with the process, i.e. the same way to deal with anxiety and panic, -  stop fighting, go with it, know it will end.

Both writers acknowledged those people in their life who had stood by them, often to the detriment to their own mental health. Thoughts of how much a burden they were accompanied them constantly, and rather then sweeping this under the carpet they both acknowledged that yes, their health had affected friends and family -  that it was hard to support them at times, and that carers need to get support as well.

The host Ekant Veer steered the discussion really nicely and it was a pleasure to see three men talking opening and honestly about mental health.  Where to now? In terms of books, perhaps some poetry for Matt, and Jehan talked about a spiritual sensibility that he would like to pursue around the area of mental health. No doubt for both of them an ongoing awareness of themselves and others who are experiencing similar issues is going to play a big part in their continued wellbeing.