I love reading books about characters like me. And I know I'm not the only one like that. Books, stories, movies - we all want to see ourselves in these. Because we're all different, we're all awesome, and we all have interesting tales to share.

When you're reading about people, whether they're fiction or non-fiction stories, books will fall into two categories: windows, or mirrors. And although one reader might see themself reflected in a particular story, their friend might not. That book is a mirror for the reader, and a window for their friend.

Books act like windows when they let us into different worlds. We do not see ourself in the character, because we are not like them. We read about a way of life that's different from our own, and find out about other people's beliefs, worries, hopes, and daily life. These stories help us learn more about this way of life, and might make things seem a bit less scary, if there are beliefs and customs we don't know much about. 'Window books' help us develop empathy towards others.

"Mirror books' let you see yourself represented in literature. You read about someone that lives the same way as you, that has the same interests, background, goals, and difficulties. It is like looking in a mirror. You see yourself reflected in the book, and feel pretty good that someone's taken the time to write a book about a character like you ... especially if that book has a positive outcome, and shows you that can have a fun life and overcome those those things that are a bit tricky for you! When you see someone like you in a book, you feel like you can do what that character can do.

But what happens when you don't see yourself represented in the books you read?

If you are a member of a minority group (for example, you're somewhere along the  LGBTQ* spectrum, or a person of colour, or you have a disability), you're less likely to read books about people like you. It's basic maths - people generally write what they know, and because there aren't as many minority authors, there aren't as many minority books.  Sure, there are lots of great stories and books out there, but sometimes you just want to read about someone like you. For lack of a better word, you want to be 'normal', rather than always being 'other'.

Which brings us to 'Out on the Shelves' - an online reading resource connecting rainbow young people with the stories that represent them, opens a new window. This is the brainchild of the fantastic folks at InsideOUT, opens a new window, a group who work to make the country a safer and more welcoming place for young people of all different gender identities and sexualities.

Their goal with Out on the Shelves is to create a place where rainbow youth can find books by rainbow authors, and/or showing rainbow characters. The resource is just getting started, and so they are hoping to get people to review and suggest other titles, opens a new window in the future, but there are already a couple of really cool booklists, opens a new window to look at, and downloadable resources with even more specific characteristics (eg children's books with rainbow characters, books with non-binary characters, and books with asexual characters).  I am really looking forward to seeing this resource grow into the future, and seeing what other great books there are that people recommend.

So if you, or someone you know, is looking to read a book about a rainbow character, check this resource out, then pop along to your local library and see which of the titles they've got on offer.

In the meantime, why not check out some of these other rainbow titles held at Christchurch City Libraries. And don't forget, we love getting suggestions for new titles, so if there's a great rainbow title you'd like us to add to our collection, let us know, opens a new window. 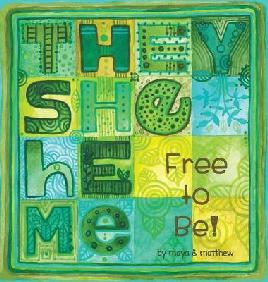 Recently published (in the last year) or upcoming books in lots of different genres that have gay, lesbian, bi, transsexual, transgender, gender fluid, asexual or any other characters who do not fit the 'straight and cisgender' mould. Updated March 2018. A Christchurch City Libraries list for teens.

A collection of young adult books with characters who have some form of disability, including chronic illness. A Christchurch City Libraries list for teens.

Gender isn't just male and female, but a broad spectrum of different identities. Here's a list of books where the characters don't fall into the gender binary, including true stories. A Christchurch City Libraries list for teens.

A list of young adult books with characters who identify across a range of different sexualities. A Christchurch City Libraries list for teens.

Out on the shelves display photos 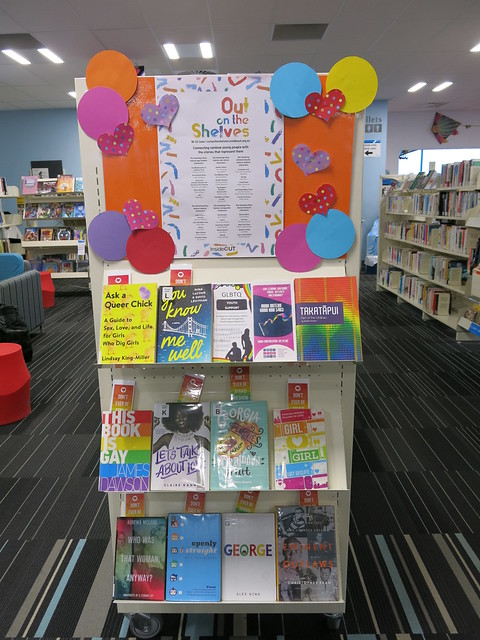