During the annual Christchurch Heritage Festival, we explore and celebrate our rich heritage derived from diverse cultures. The Chinese lion dance is a cultural heritage rooted in the long-standing Chinese history and introduced to New Zealand by Chinese migrants. The lion is not a native species in China but the text record of lion dance has been around in the country for more than 1,000 years, tracing back to the late Han Dynasty (206 BC-220 AD). The Song Dynasty (960–1279) painting "One Hundred Children Playing in the Spring" 百子嬉春图 by Su Hanchen 苏汉臣 details children's performance of lion dance in celebration the start of the Spring.

Chinese people believe that the lion represents power and courage. The lion dance can dispel evil spirits and bring fortune and happiness to people. In the Tang Dynasty (618-907 AD), the lion dance became a regular entertaining performance at the imperial court. Since then, it has developed into the Northern and the Southern styles, which differ in performers' costumes and their dance moves. Afterward, the lion dance spread to other Asian countries such as Vietnam, Indonesia, and Korea and evolved into more diverse styles. With the Chinese diaspora, the art form appears in different parts of the world. Especially the Southern/Awakening Lion Dance, which originates in Canton, is well-known in many countries with the global migration of people from this area. Overseas Chinese in Hong Kong, Macao, Singapore, and Malaysia have put huge efforts to popularise the lion dance and develop the art form into an internationally competitive sport.

Qiao Yi Hong De Lion Dance Team Christchurch紐西蘭基督城僑藝弘德醒獅團 is a well-known lion dance team in Christchurch and New Zealand, thanks to their contributions to local and national events. For this Team, performing lion dance on various occasions is a chance to showcase how they cherish their Chinese cultural heritage while integrating into New Zealand society. 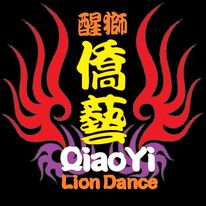 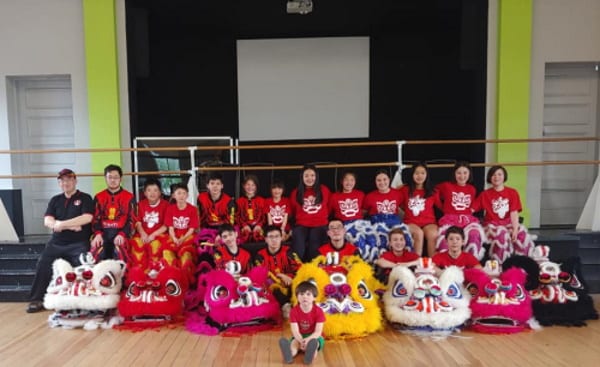 Qiao Yi Hong De Lion Dance Team started in 1995 when a group of Malaysian students studying at the University of Canterbury planned to perform the lion dance during the Malaysia Day Celebration. The performance was supported by the Canterbury Branch of the New Zealand Chinese Association, of which the performing team eventually became a part. In 1996 the team obtained their first lion dance costume and officially formed a club-typed group called Qiao Yi Lion Dance Team, affiliated with the University of Canterbury. In 1997 team members were introduced to Master H.P. Siow of Malaysia who came to Christchurch on a business trip. Master Siow is one of the most successful and well-known lion dance coaches. The teams coached by Master Siow have won in every international lion dance competition since 1992. The one-week training Master Siow graciously offered to the Qiao Yi Lion Dance Team was very constructive. Like a seed planted in soil, the training enabled the Team to form a strong foundation in a foreign land and sustain its growth in Christchurch. Team members have also attended workshops and events held in Malaysia. Mr George Chan, the head coach of the Qiao Yi Lion Dance Team is accepted, with great honour, as an official disciple of Master Siow. The Team is a "descendant" of the lion dance family tree of Hong De Lion Dance Association. 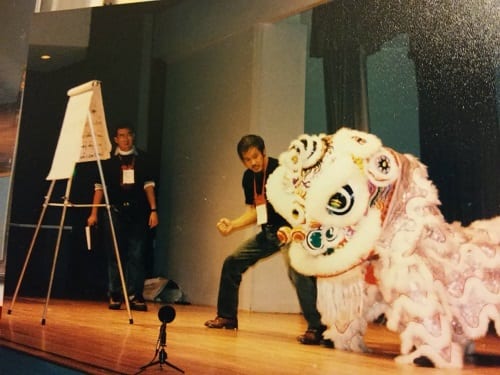 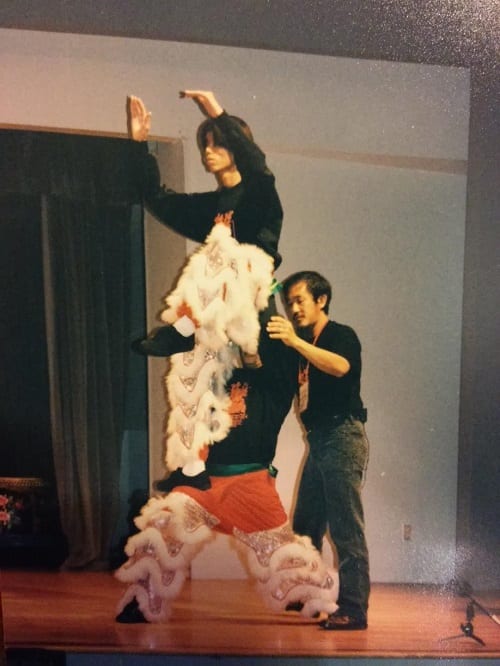 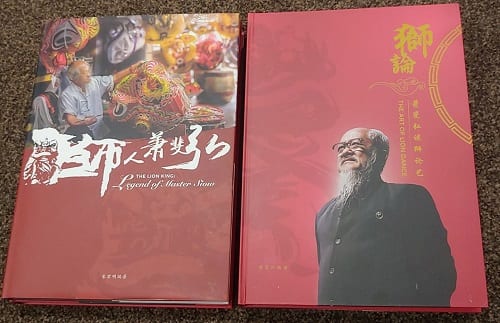 Contributions to the society and communities

While growing constantly, the Qiao Yi Hong De Lion Dance Team makes contributions to local communities and New Zealand society in various ways. With Master Siow's support, the Qiao Yi Hong De Lion Dance Team hosted lion dance workshops for groups around New Zealand. The Team has been invited to perform in Auckland, Wellington, Nelson, Timaru, and Invercargill. In Christchurch, they have participated in the annual Christchurch Chinese New Year Parade since 2013. They have also been invited to perform at festival celebrations and events such as the Mid-Autumn Festival and New Year celebrations. The Team supports local businesses by performing at business openings and hopes that the lion dance they perform will bring blessings to owners. They voluntarily perform to the residents of rest homes with the good wishes of happiness and health. 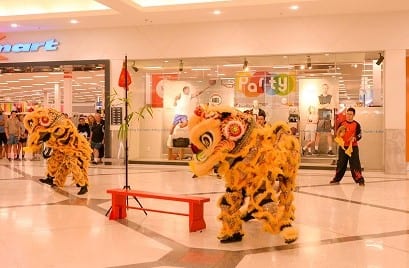 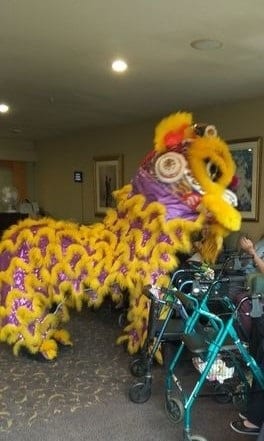 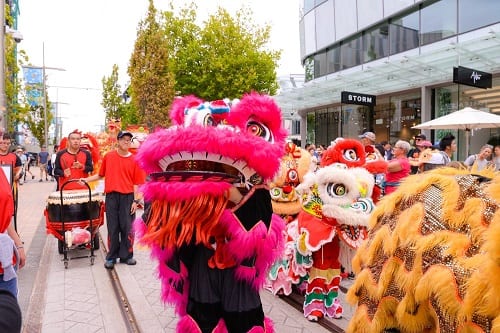 Teaching and promoting the lion dance is a big part of the Team. Mr Chan provides regular professional courses and runs casual fun workshops for teens and interested adults in Christchurch. For him and his Team, the line dance goes beyond the performance as it is associated with cultural beliefs and traditions. Usually, the lion dance needs two people to dress in the lion costume and work together to mimic the movements of a lion - this requires dexterity, strength, hard work, and collaboration. In Mr Chan's classes and workshops, learners not only gain skills of lion dance but also learn traditional values through following rituals and rules. 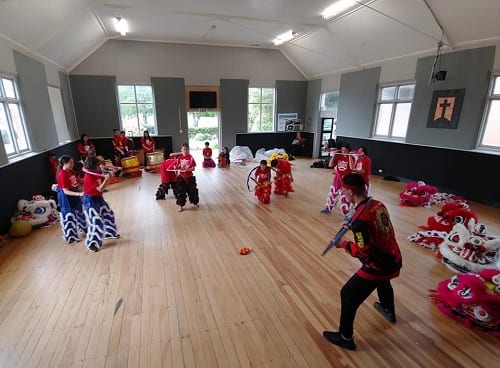 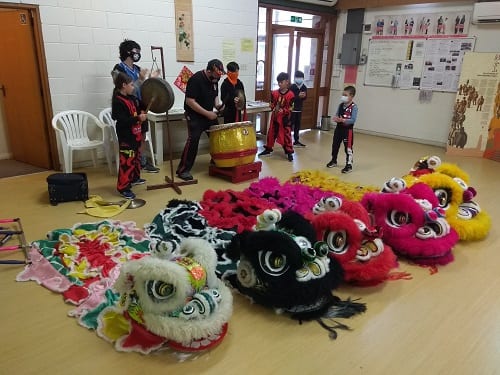 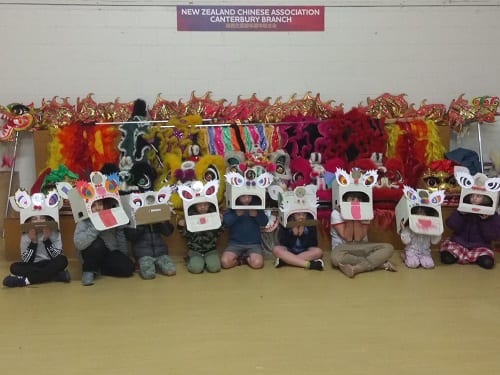 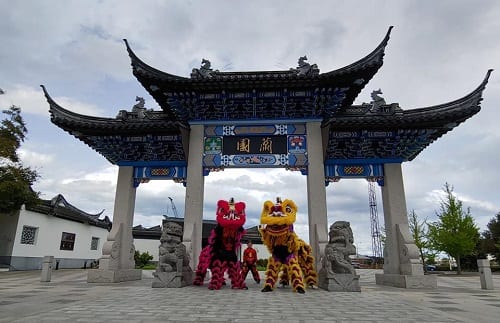 Thanks to Mr George WH Chan, the head coach of the Qiao Yi Hong De Lion Dance Team, and his team members for sharing their stories and photos used in this post.