Congratulations to the winners, and thanks to all of you who entered.

Winter Read Challenge generated reading ideas from teens who got their entries in - thanks to you all for your v. cool suggestions.

I liked 13 reasons why due to it being different from something I've eead before. also i liked reading number 4. i really enjoyed this book due to the different world and interlinking with earth. Lucy, 18

My two favourite books of these holidays were Children of Blood and Bone, and Thunderhead (the second book in the Scythe series!) I loved Children of Blood and Bone as it embraced a minority (particularly awesome for a fantasy book) and tackled a number of the issues currently facing our world today without being confronting, and in a very, very subtle manner. Thunderhead, like Scythe, was absolutely incredible. The ending was especially shocking! Hattie, 15

Divergent series, really enjoyed seeing what was covered in the movie and how much more detail they had in the books. Bernice, 15

For the "first book in a series" part, I read Trials of Apollo: The Hidden Oracle. I never thought that I would get into the Percy Jackson saga, but a friend recommended it and lent me a copy of the book. I found it really interesting, and it was amusing the way the author made the god Apollo a human mortal, and how the character viewed our everyday lives. There was also some character development from him, as later in the book he realised how he must seem arrogant and self-centred to the mortals around him. Normally I wouldn't stand a person like that, but in the book it worked! I'll be reading the next book in the series as soon as I get my hands on it. 🙂 I also read Seeker of the Crown, a sequel to A Prisoner of Ice and Snow, as the "Wild card" part. It was set in a made-up part of Russia about a girl named Valor, who was asked by the queen to capture her treasonous daughter, who had run away after sending Valor's sister to jail for a crime that the princess herself had committed. I enjoyed it because I like that sort of adventure/mystery story, and of course I had enjoyed the prequel book beforehand, and wanted to know what happened next in the story. At the end of the book, another treasonous act by the princess had been avoided, but she still wasn't captured, which was deeply unsatisfying. I'll be looking out for the next book! Hazel, 13

Over July I read Turtles all the way down and Paper Towns by John Green, Eleanor & Park by Rainbow Rowell, The Rest Of Us Just Live Here by Patrick Ness, Dorothy Must Die by Danielle Paige and Leah On The Offbeat by Becky Albertalli. I honestly loved them all so much! I probably enjoyed 'Leah On The Offbeat' the best because I really enjoy Becky Albertalli's style of writing and also loved the first novel in this series, Simon vs. the Homo Sapiens Agenda. I think that Albertalli is very talented at writing about important topics such as LGBTQ+ rights and identity while still making it entertaining for the reader and this is a very clever skill. I also loved reading 'Turtles all the way down' and 'Paper Towns' as I have not read many of John Green's books before and found them extremely thought-provoking. With both of these books I walked away with a head filled with ideas and questions I had never thought to ask before. I would definitely read more of John Green's books in the future. 'Dorothy Must Die' was a good read too as it had an interesting plot and a funky twist on the well-known 'The Wizard Of Oz' fairytale. It was a lot more plot-driven rather than character-driven like the other books I read this July so it was nice to have a change of writing style. I have to say that my favourite book out of all of these was 'The Rest Of Us Just Live Here' by Patrick Ness. I could relate to this book so much and thought that Patrick Ness had really been creative as he told the story not from the so-called "hero's'" points of view, but from the perspective of a side character. Overall these novels were all fantastic, and I would 100% recommend them to anyone asking. Emily, 15

I love Harry Potter and Divergent! I also loved Shiver because I like the supernatural. Best series ever! Zoe, 13

My favourite read was the Maze Runner trilogy. It was my favourite because I find dystopian novels very interesting. I love seeing how a world impacted by a catastrophic event can affect people in the future. Another read I loved was Warriors. I loved the idea of animals having personalities and reasons to show virtues. Many characters in this series had very strong arcs that I loved to learn about. Treasa, 15

My favourite read was Flawed by Cecelia Ahern which is a dystopian novel. I really enjoyed reading this because of the really creative storyline and all the unexpected plot twists. It is probably my all time favourite book. Another book that I really enjoying reading was actually a graphic novel called Smile by Raina Telgemeier. I normally don't read many graphic novels but this reading challenging inspired me to give it a go. I really enjoyed Smile - I found it quite funny and the illustrations were superb! Phoebe, 13

A Court of Thorns and Roses series, Six of Crows duology, Leah on the Offbeat, Boy Meets Boy, Carry On, Sweep series, You Know Me Well, Been Here All Along, The Folk of the Air series. Lily, 16

My favourite reads were Me Before You and Still Alice because they both confronted the lives of someone with an illness or a disability. They challenged stereotypes and commonly-held perceptions in witty ways that made me laugh, cry and feel so emotionally connected to the characters. Amazing novels! Ewen, 15 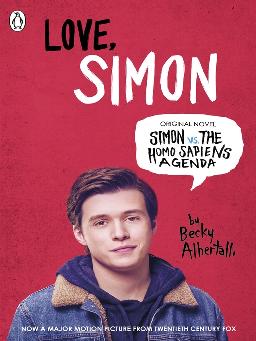 I love to read fantasy books I also love to read romance stories. My favourite author would have to be Marissa Meyer because of the books she has written. Talei, 15

I really enjoy the science fiction books because they can lead you into your own unique universe as you get to decide how you think the universe looks from the characters eyes. Olivia, 15 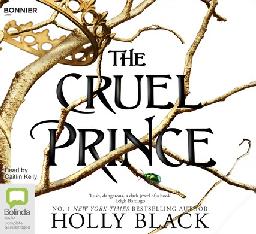 I enjoyed a A killer harvest by Paul Cleave, because it keeps you in suspense Throughout the book. The plot is complicated but it’s easy to get into it. Zoe, 14

I love the first percy jackson book, it was 100% by far the best it was sooooo good. I can't wait to read more, it was good because of the descriptive writing and the explanation of the book. I also enjoyed listening to a podcast 100% going to do it again it was really informative and I found if relaxing and easy. Georgie, 14.